Wimbledon: 'It's a chill year', says Simona Halep as she sweeps past Sasnovich 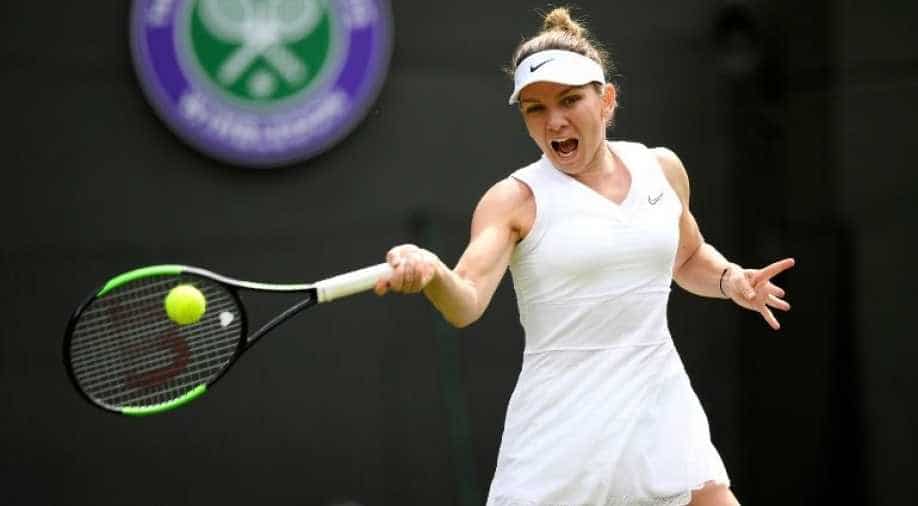 'I'm not that stressed that I have to win every match I play. I see things a little bit differently,' said Halep.

She hasn't hit the Wimbledon lawns with the same swagger of recent years, but a more chilled Simona Halep still had plenty enough firepower on Monday to sweep past Aliaksandra Sasnovich into the second round 6-4, 7-5.

Not even an awkward fall mid-match could derail her on Court One as the Romanian seventh seed punched through Sasnovich in a match which, although not incident free, lacked any real drama.

In a spell where she seems to be prioritising a healthy perspective over ranking positions, Halep is seeded outside the top five at a grand slam for the first time in three years.

The former world number one suffered a blip in the second set when she started nudging the ball cautiously about the court rather than striking it with confidence. She ended up trailing 5-2, but in the event had too much pedigree for her Belarusian opponent.

"I didn't miss that much and I tried to be more aggressive to hit the ball," she said. "At one point I started to push the ball, and she could play her game. She plays well when she goes for it."

Sasnovich, conqueror of Petra Kvitova in the Wimbledon first round last year, did play well in patches and showed a little of what can make her dangerous. But she rarely threatened to bother Halep unduly, and Halep advanced, albeit with a sore knee and Achilles to add to her worries in southwest London.

"It's okay in this moment. But I need to do the treatment," she said of her injury scare. "I feel a little bit (sore). I think it's a little bit stretched, the muscle behind the knee, and also the Achilles. Hopefully, it is nothing dangerous and I can recover until the next match," she said.

Halep has measured expectations here. "Well, I said this year it's a chill year and I'm not putting pressure on myself," she said. "So I'm not analysing that much,'' Halep said.

"I just want to go on court and to see how good I can be this year. Next year maybe I will push a little bit more. Now I feel happy on court, I feel good. I just try to win every match I play. Nothing else on my mind."

This time last year she entered the tournament ranked number one in the world. Her ranking has slipped since, as she has focused on "normal" things. "Off-court things," she smiled. "I'm going out with friends, spending time with my family more, going out more."

That appetite for a more normal life may pay dividends down the track. "When I lose a match now, I'm not making a disaster of it," she said.

"I feel much better. I feel more relaxed. I try just to improve in other ways, not only on tennis way.''

"Back then it was a little bit of more pressure. Now I don't expect big things from myself, this period. I just try to improve in my attitude, in my game, as well. I'm not that stressed that I have to win every match I play. I see things a little bit differently."

She will face Mihaela Buzarnescu, 31, in an all-Romanian second round tie.