Wimbledon: Novak Djokovic sweeps through under keen gaze of Ivanisevic 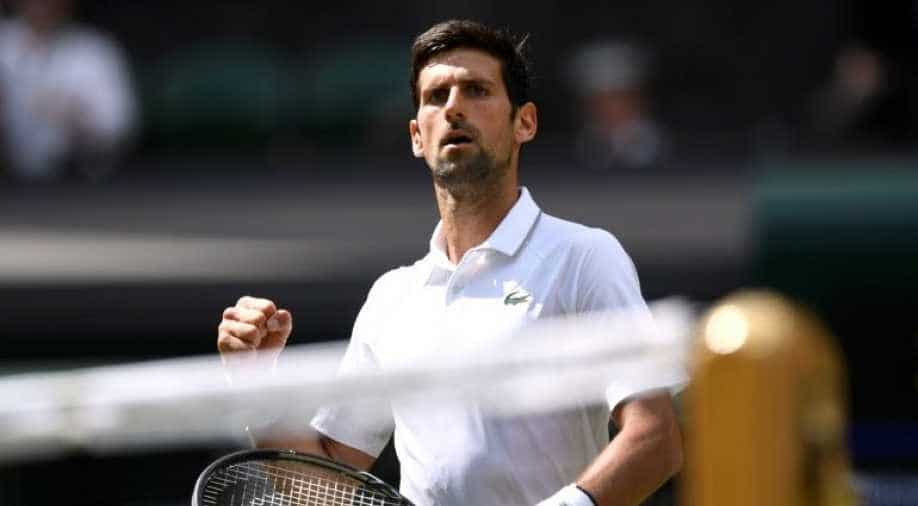 Djokovic, 32, came into the tournament having decided not to play a grass-court warm-up event and he must have been a little edgy having lost to Kohlschreiber in straight sets on the hard courts of Indian Wells earlier this year

Novak Djokovic got the defence of his Wimbledon title off to an impressive start when, serving superbly, he overwhelmed Germany's Philipp Kohlschreiber in straight sets in the first match on Centre Court on Monday.

After a few early wobbles Djokovic triumphed 6-3, 7-5, 6-3 as, perhaps already buoyed by the presence of new coach Goran Ivanisevic, he really hit the mark with his serves.

"He's someone I've always looked up to and we've been friends for a long time - though usually on the opposite side of the net," Djokovic said of the 2001 champion who has come on board as part of his coaching team.

"He's coached lots of great players, so it's great to have him on my side. He's going to stay for sure through the first week then we'll see. It's a great pleasure to have such a champion and hopefully, we can have a long collaboration."

Djokovic, 32, came into the tournament having decided not to play a grass-court warm-up event and he must have been a little edgy having lost to Kohlschreiber in straight sets on the hard courts of Indian Wells earlier this year.

For a man not so well known outside tennis circles, 35-year-old Kohlschreiber has a long, if not particularly distinguished, career.

This Wimbledon was his 60th grand slam event - putting him joint-ninth in the open-era on the appearances list. It was also his 15th successive Wimbledon, but Monday's two-hour show marked the ninth time he had failed to get past the first round.

The champion made an inauspicious start, double-faulting his first serve en route to being broken, but quickly found his feet to reel off the next four games and win the first set 6-3.

Kohlschreiber found his length with more consistency in the second and the two traded heavy blows in crowd-pleasing rallies not often seen these days on the grass.

At 4-4 the German saved three break points - the last courtesy of a successful challenge - only to drop his next service game as Djokovic served out for 7-5 and a two-set lead.

The early stages of the third set were also entertainingly well-fought, with both men nailing the baseline with huge power until Djokovic really found his serving rhythm to take command and wrap up the match by taking it 6-3.

"It felt great, it's the sacred court, the cradle of our sport and it has a special place in my heart and my career," Djokovic said.

"Opening round matches are always tricky, he has a lot of experience and beat me this year. I know he can play good quality tennis, he takes the ball early, so it was a great test for me and all three sets were pretty close."