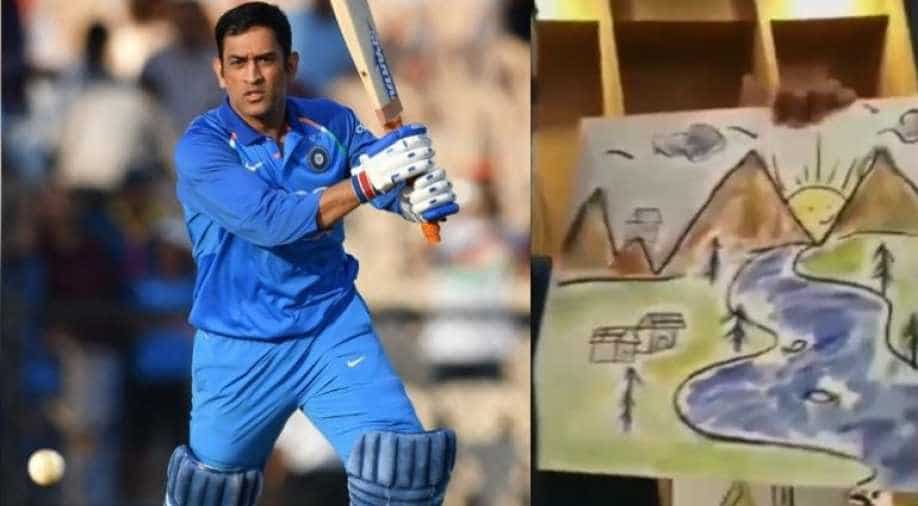 'I have played a lot of cricket and it's time for me to take up what I really wanted to become. And I started getting into painting,' said Dhoni

Former Indian cricket captain Mahendra Singh Dhoni has revealed his childhood dream which can be his post-retirement career option. He said that since childhood, he wanted to become a painter and also shared two of his paintings. Dhoni said that he will soon hold an exhibition of his paintings and asked for suggestions and advice from his fans in this regard.

In a video shared on Instagram, Dhoni said, "I wanted to share a secret with all of you. Right from when I was a kid I always wanted to become an artist."

"So decided I have played a lot of cricket and it's time for me to take up what I really wanted to become. And I started getting into painting."

Twitterati was rather stunned as one user wrote, "@msdhoni is this happening for real? Unbelievable!"

Another user suggested, "Chill out folks. @msdhoni's video is nothing short of a comedy sketch and is meant to be taken that way."

Well, it is difficult to guess that paintings are made by Dhoni or his daughter Ziva.

Watch the video to see the paintings!

Dhoni is the first choice wicket-keeper for the England-bound Indian cricket team to play the Cricket World Cup 2019.

It is expected that the two-time World Cup-winning captain will announce retirement after the World Cup.