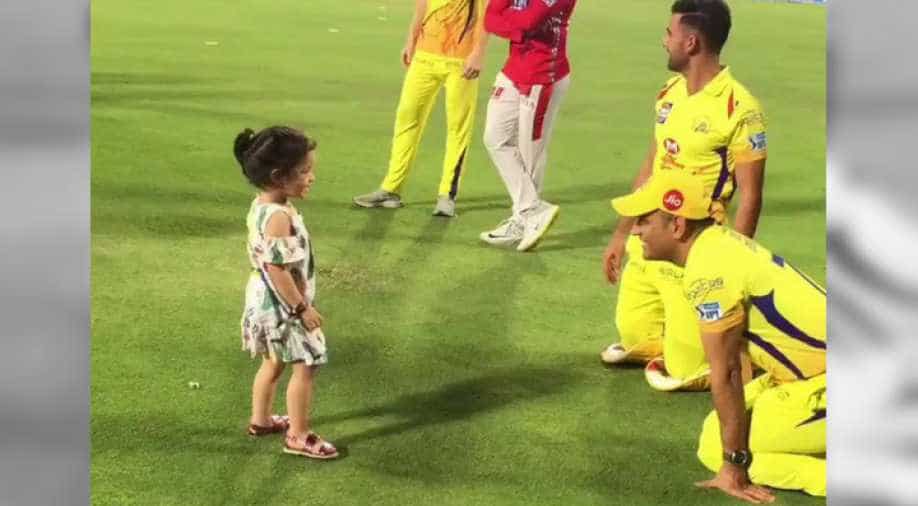 MS Dhoni sent a warning before the knock-out matches of Indian Premier League when he displayed a magnificent batting show against Punjab in the last league match.

He scored 16 runs off seven balls and finished the match in his signature style, with a six.

Chennai not only won the game by five wickets but also ended Punjab's hope to qualify for the play-offs.

The clash was important for Punjab as they needed a victory of +53-run margin but it seemed impossible against the massive batting line-up of Chennai.

After winning the game, MS Dhoni enjoyed the victory by playing with his daughter Ziva.

In the recent viral video, a beautiful father-daughter moment was captured and daddy Dhoni looked happy when Ziva was playing with his cap.