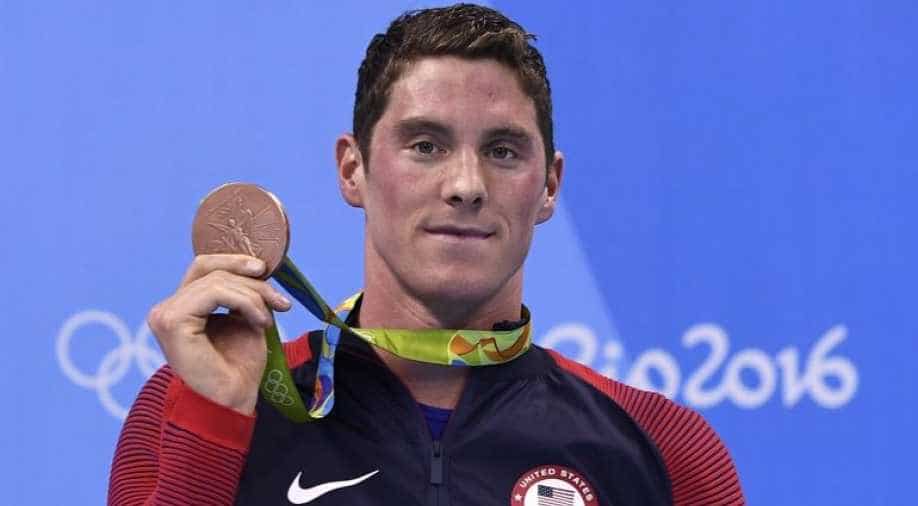 US Anti-Doping Agency had sought a four-year ban after Dwyer tested positive in out-of-competition tests collected on November 15, November 27 and December 20 of 2018.

US swimmer Conor Dwyer, a two-time Olympic gold medalist, has been suspended 20 months for doping after an arbitration panel found he had testosterone pellets implanted in his body, the US Anti-Doping Agency (USADA) said Friday.

USADA had sought a four-year ban after Dwyer tested positive in out-of-competition tests collected on November 15, November 27 and December 20 of 2018.

But an independent three-member panel of the American Arbitration Association ruled a 20-month suspension was appropriate in light of the fact that Dwyer relied on outside medical advice when he allowed the treatment, in which the pellets are inserted under the skin near the hip.

According to the arbitrators, Dwyer "thought of it more as a treatment relating to his mental health, and unrelated to his physical performance in sport, in the way it was presented to him."

The suspension of Dwyer, who won relay gold medals at the 2012 London Olympics and the 2016 Rio games and 200m freestyle bronze in Rio, is dated from December 21, 2018, the date his provisional suspension was imposed pending arbitration.

He withdrew from the 2019 US World Championships team, and he will not be eligible to swim at the 2020 US Olympic trials before his suspension ends in August of next year.

Shortly after the ruling was announced, Dwyer posted a statement on Instagram announcing his retirement from professional swimming.

In giving him only a 20-month suspension, arbitrators found that Dwyer stressed to his "life coach" adviser and a doctor he recommended that any treatment must not violate anti-doping rules. After cursory research, they told him it did not.

"Whether Respondent's misguided belief was appropriate for an experienced Olympian with extensive anti-doping education, as argued by USADA, is not the standard to be applied with respect to this question," the arbitration panel wrote.

"The Panel notes that Respondent did inquire, as was his duty. He was credible in his testimony that he believed what he was told."

Neither Dwyer nor his advisers contacted USADA, which runs a hotline for athletes with questions about drugs and supplements.

"It's frustrating that Mr Dwyer did not take advantage of this support and hopefully this case will convince others to do so in order to protect fair and healthy competition for all athletes," USADA chief Travis Tygart said.