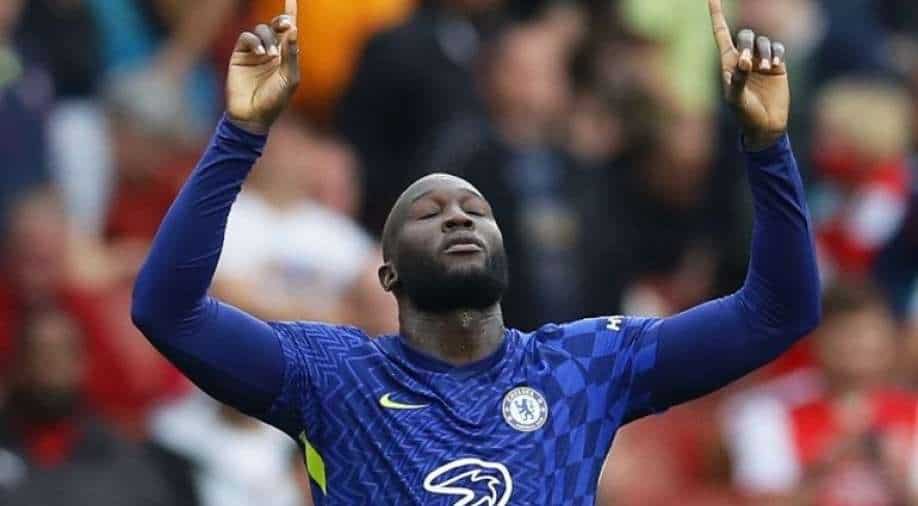 Lukaku, whose 24 league goals helped Inter win their first Serie A title in 11 years last season, said he still had room for improvement at Chelsea.

Chelsea striker Romelu Lukaku said his goal in Sunday's 2-0 win over London rivals Arsenal, the Belgium international's first match back with the European champions, was his favourite of the 114 he has scored in the Premier League.

An almost unstoppable Lukaku needed only 15 minutes to get off the mark for Chelsea following his reported 97.5 million pound ($133.08 million) transfer https://www.reuters.com/article/uk-soccer-england-che-lukaku-idUKKBN2FD1V2 from Inter Milan, tapping in a cross played into his path by Reece James, who bagged the second goal.

The goal was Lukaku's first for Chelsea, with the 28-year-old having failed to find the net during his first period at the club that ended seven years ago.

"That was the best one for me, the best of the lot," said Lukaku. "You know how emotional it was for me. Obviously it was a tap-in, but the build-up was nice.

"We played really well, we dominated. We could have scored more, but coming here with this performance is good. We have to continue like that."

Lukaku, whose 24 league goals helped Inter win their first Serie A title in 11 years last season, said he still had room for improvement at Chelsea.

"You want to work hard for the team, you want to win and score and create chances," he said. "It's something I have learned and worked on really hard and keep working on it."

Chelsea, who are table toppers after the second round of fixtures, visit second-placed Liverpool on Saturday.