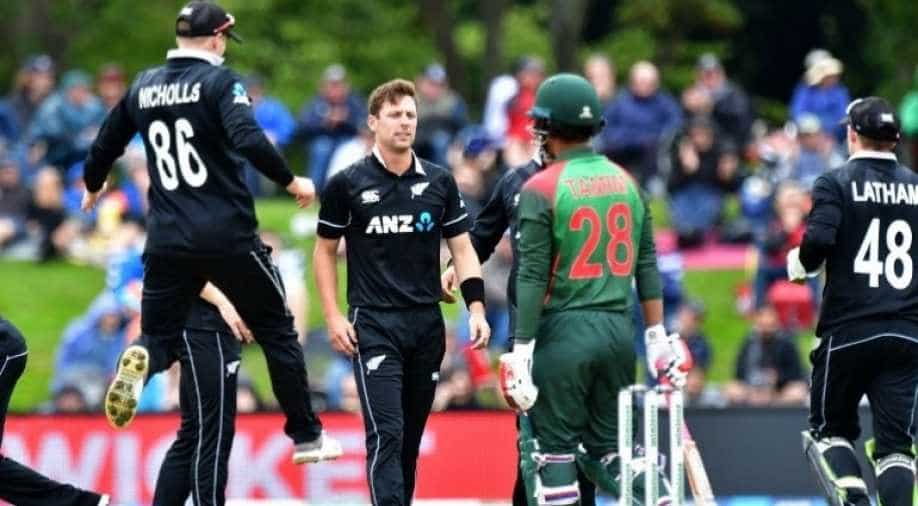 The wicket is green and tailor-made for the early seamers, with New Zealand promising to continue with their short-ball tactic when it flattens out.

New Zealand have pledged a win-at-all-costs approach to the second Test against Bangladesh, starting in Wellington on Friday, as they look to wrap up the series with a game to spare.

The wicket is green and tailor-made for the early seamers, with New Zealand promising to continue with their short-ball tactic when it flattens out.

"We're looking to win the Test match in whatever way possible. Whatever gives us the best chance that is what we will do," New Zealand opener Tom Latham declared Thursday.

Bangladesh, meanwhile, faced further injury concerns to an already fragile batting line-up with Tamim Iqbal under a cloud and Mushfiqur Rahim unlikely to be fit.

Captain Mahmudullah described Tamim's issue as "a slight niggle" and accepted that "injury is part of the game".

Although neither side has named their match XV, Mahmudullah indicated Bangladesh would make changes given the colour of the wicket and how expensive spinner Mehidy Hasan proved in the first Test.

"We are yet to decide but we are thinking of picking four pace bowlers, given the conditions," he said.

"If you remember, the 2017 wicket was greenish early on too. Batsmen will find it difficult on the first day. There'll be seam movement and swing."

In the Wellington Test two years ago, Bangladesh surprised after being sent into bat with a first innings of 595 for eight declared, only to eventually lose by seven wickets.

Latham, a century-maker in that match, is enjoying another purple home patch with a Test average of more than 200 from three centuries, including an unbeaten 264 in the rain-affected Wellington Test against Sri Lanka.

Rain is again expected Friday morning, but with fine weather forecast for the remainder of the Test.

Despite the Basin Reserve's bowl-first reputation, Latham had confidence even if New Zealand lose the toss and are put into bat.

"It does look a little bit greener and with a little bit more grass on it (than previously) so, regardless of what the surface plays like it's about us trying to adapt to that surface as quick as possible," Latham said.

"If we are asked to bat it will be a challenge. We haven't batted first a huge amount this summer so if we do I'm certainly looking forward to doing that and taking that challenge on."

Although New Zealand won the first Test comprehensively, they did struggle to take a wicket for a long period in the second innings as Soumya Sarkar and Mahmudullah delayed the end with a courageous 235-run stand for the fifth wicket.

New Zealand bowling spearhead Trent Boult, who took 10 for 80 against the West Indies in Wellington six years ago, was determined that should not happen again.

"We need to find a way to take wickets and we feel we have the ability in the group to do it," he said, adding the short-ball barrage remained an effective tactic when there was no swing.

"You're not left with many other options. We have Wags (Neil Wagner) who is an expert at being able to execute that plan. It's been pretty effective for us so expect it will be more of the same."