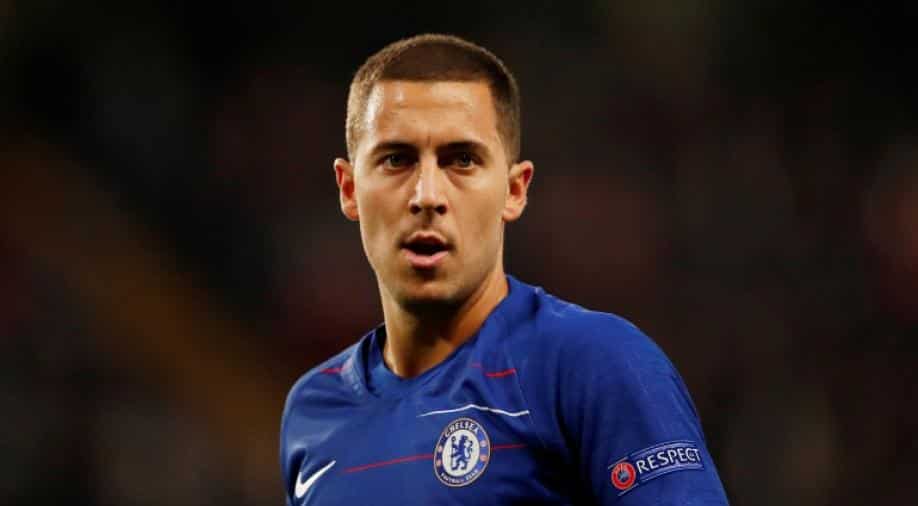 'Real Madrid is the best club in the world,' says Eden Hazard.

Chelsea's star footballer Eden Hazard said that "Real Madrid is the best club in the world. It is my dream since I was a kid".

Hazard, whose deal expires in 2020, has long been linked with a move to European champions Real Madrid after Cristiano Ronaldo's departure from the Spanish side to Juventus.

"I spoke after the World Cup and I said that I think it is time to change because I played a great World Cup," Hazard told the British media after scoring in Sunday's 3-0 victory at Southampton.

"I am really in the game, I am playing good football at the moment.

"Real Madrid is the best club in the world. I don't want to lie today. It is my dream since I was a kid. I was dreaming about this club.

"We will see. I don't want to talk about this every day. I don't have time but we will talk about my future soon."

Previously, he said, "I can decide if I want to stay or go, but Chelsea will make the final decision. For my career, certainly after this World Cup, I'm at a moment where I might change. I will go on holiday and ask myself the right questions."

"I think Real Madrid is everyone's dream. Zidane or no Zidane, the white shirt is special," spoke of his admiration for the Spanish giants in an interview.

Hazard has been instrumental in Chelsea's unbeaten start under Maurizio Sarri, scoring eight goals in all competitions, as the Blues sit joint top of the Premier League alongside Manchester City and Liverpool.

Chelsea coach Maurizio Sarri recently confirmed that his star player Eden Hazard is not for sale.

"We cannot sell such an important player without the possibility of buying another player at the same level, so I hope Eden will stay for this season," said Sarri.