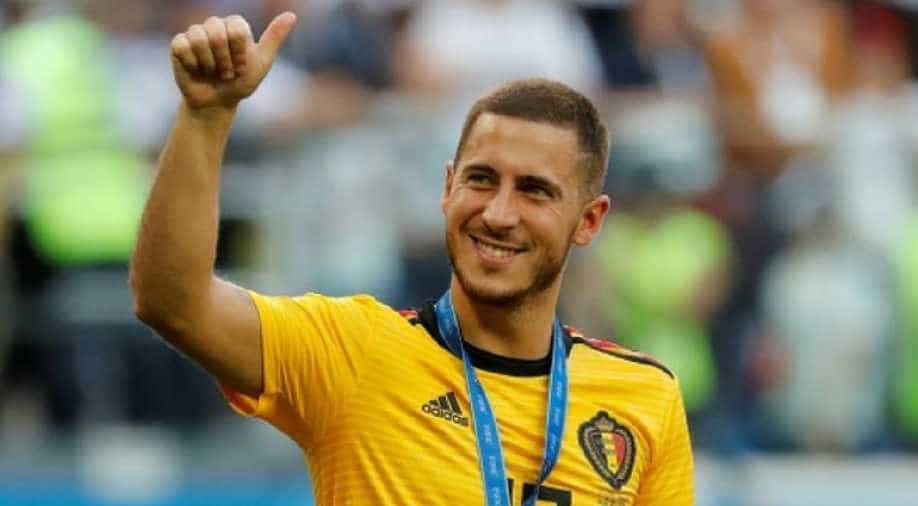 Belgium forward Eden Hazard is considering leaving Chelsea before the start of next season, he said on Saturday, with Real Madrid thought to be his preferred destination.

Hazard scored the second goal in Belgium's 2-0 win over England in the World Cup third-place playoff.

"After six wonderful years at Chelsea, it might be time to discover something different," Hazard told reporters.

"I can decide if I want to stay or go, but Chelsea will make the final decision. For my career, certainly after this World Cup, I'm at a moment where I might change. I will go on holiday and ask myself the right questions."

Hazard has long been linked with a move to European champions Real Madrid, and this week spoke of his admiration for the Spanish giants in an interview with BeIN Sports.

"I think Real Madrid is everyone’s dream. Zidane or no Zidane, the white shirt is special," Hazard said.

Hazard did not repeat his desire to join Madrid but alluded to his past declarations.

"We all know that I've always felt well at Chelsea, and I’ve been linked to all the big clubs. Next week it will be Bayern (Munich). No I'm joking. You all know my preferred destination," added Hazard, who joined Chelsea from Lille in 2012 for a reported 32 million pounds ($42.3 million).

Real are likely to be in the market for a top-class forward after selling all-time leading scorer Cristiano Ronaldo to Juventus for 100 million euros last week.

Chelsea sacked Antonio Conte as the coach on Friday and appointed Maurizio Sarri as his successor.

Hazard has won two Premier League titles, one FA Cup, one League Cup and one Europa League trophy with Chelsea.