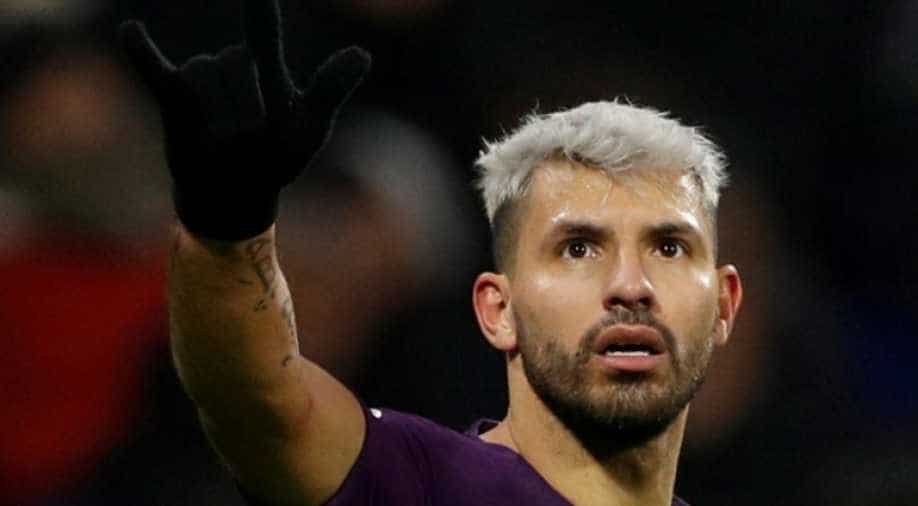 Aguero has scored 14 league goals in 22 matches this season and Guardiola hoped the club's all-time record scorer can find the target again on Sunday.

Guardiola pointed to Aguero's 40th-minute opener in last month's 2-1 win over fellow title challengers Liverpool as the perfect example to illustrate his point.

That victory helped City cut then table-toppers Liverpool's lead to four points and Guardiola's side have since gone ahead of the Merseyside club on goal difference in a compelling race.

"That goal against Liverpool summed up what he is about. Sometimes the best tennis players on a point to save the break, they make an ace," Guardiola told reporters ahead of Sunday's league clash against fourth-placed Chelsea.

"The other ones step forward and say, 'I'm the boss, I'm here and I'm going to win the game'. Big clubs need these kinds of players. It's ­simple."

Aguero has scored 14 league goals in 22 matches this season and Guardiola hoped the club's all-time record scorer can find the target again on Sunday.

"Hopefully, he can ­continue to do it. In the big games, we need the ­important players... this game belongs to the players and the important games belong to the special players," Guardiola added.

City have 62 points from 26 matches while Chelsea are 12 points behind them having played a game fewer.