Nadal: 'I see 2020 as practically lost' for tennis 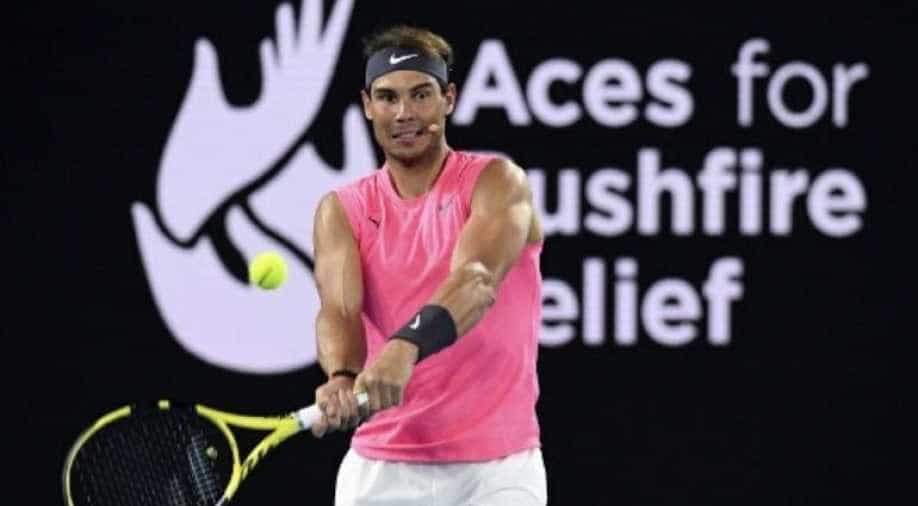 Rafael Nadal of Spain hits a return as he and other top players play in the Rally for Relief charity tennis match in support of the victims of the Australian bushfires, in Melbourne of January 15, 2020, Photograph:( AFP )

Rafael Nadal has said he views the rest of this year as "practically lost" for tennis and would even be relieved if the sport returned as normal at the start of 2021.

Rafael Nadal has said he views the rest of this year as "practically lost" for tennis and would even be relieved if the sport returned as normal at the start of 2021.

The men's and women's tours have been stopped due to the coronavirus pandemic, with Wimbledon cancelled for the first time since World War II and the French Open postponed until the end of September.

But Nadal, who has won 12 of his 19 grand slam titles at Roland Garros, believes the chances of tennis restarting before the end of this year are slim.

"I hope to play as soon as possible but if I think about it logically, we travel every week from one place to another, we are in contact with hotels, airports, all in different places," Nadal said in an interview with Spanish newspaper ABC on Tuesday.

"If you gave me the ability to guarantee that in January 2021, a normal season like before will begin, I would sign for that now with my eyes closed."

In a separate interview with El Pais, Nadal said: "I'm more looking to the Australian Open than what happens later this year. I see 2020 as practically lost."

Nadal at 33 is in the latter stages of his illustrious career and the hiatus came just as he looked to be closing in on the 20 major titles won by the 38-year-old Roger Federer.

If tennis returns this summer, Nadal could choose to skip the US Open and save himself for the French, given there would be just a week between the two.

"It's all hypothetical because I don't think it will be like that," said Nadal to ABC. "My feeling, and I say it with sadness and I won't lie to you, is that we are losing a year of our lives.

"And at 33 or 34 years old that is much more valuable than at 20 when you have many more years ahead, even if it's still a year.

"Frankly, I think that will not happen. From the US Open to Roland Garros with a week in between, I just don't think we can play."