Mourinho spat is over ahead of FA Cup final, says Antonio Conte 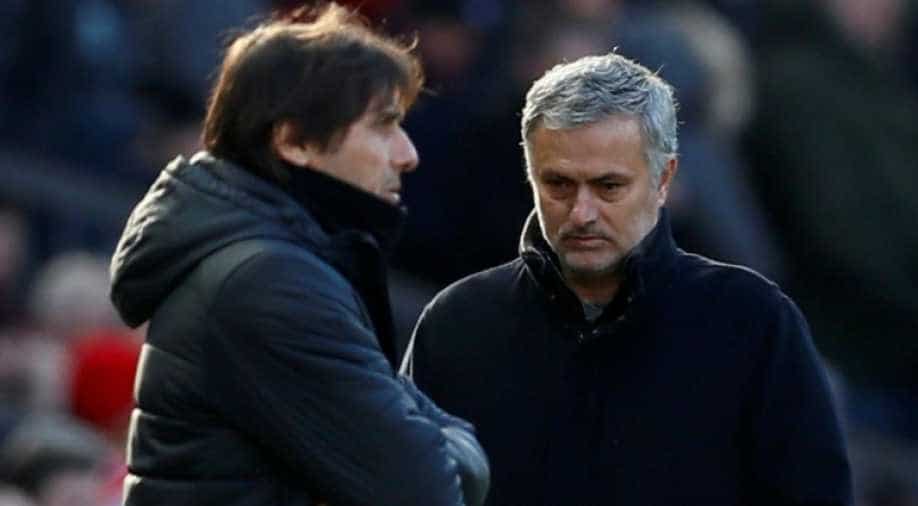 Chelsea coach Antonio Conte said he and Manchester United manager Jose Mourinho had settled their differences ahead of next month's FA Cup final between the two clubs.

Conte, who won the title with Chelsea last season, and Mourinho, the London club's most successful ever manager, have clashed on several occasions.

In January, Conte called Mourinho "a little man" after Mourinho made a pointed comment about match-fixing, a reference to Conte's four-month suspension for failing to report match-fixing while a manager in Italy. Conte was later cleared by an Italian court of any wrongdoing.

The Italian was quick to try to bury the hatchet on Sunday after Chelsea secured their place in the final on May 19 by beating Southampton 2-0 in the semi-final at Wembley.

"I think with Jose we have clarified the situation and that is the most important thing. There is not a problem between him and I," Conte said. "I think that this final is a game between two great teams."

Conte said Manchester United, who sit second in the English Premier League, would go into the final as favourites against fifth-placed Chelsea.

"I think this season we arrive not as favourite but as you know last season we lost the final despite being favourite against Arsenal," Conte said.

Southampton manager Mark Hughes said he was disappointed that referee Martin Atkinson had not chosen to use the Video Assistant Referee system when he awarded a foul after Chelsea goalkeeper Willy Caballero failed to catch a high ball which appeared to cross the line with Chelsea 1-0 up.

"Clearly it was a match-defining moment," Hughes said. "Why it hasn’t been referred, I have no idea."