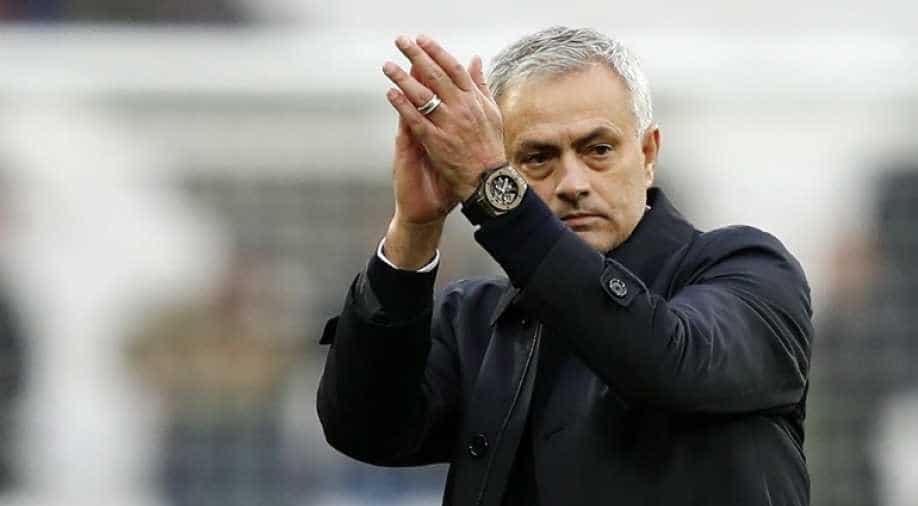 It will not exactly be unknown territory for Jose Mourinho when he takes his place in the technical area on Sunday for his Tottenham Hotspur side's eagerly-awaited London derby at home to Chelsea.

Mourinho has been the opposing manager scheming against the club he led to three Premier League titles during spells with Inter Milan and Manchester United.

But the sight of him leading bitter rivals Tottenham is not something diehard Chelsea fans ever thought they would witness and the reaction of some on Sunday is likely to X-rated.

To add another level of intrigue, Frank Lampard, one of Mourinho's loyal lieutenants during his two spells in charge, will be the man trying to outfox him, knowing defeat would see Spurs leapfrog his side into the top four.

Premier League leaders Liverpool take time out from their title surge as they face Flamengo in FIFA's World Club Cup final in Qatar on Saturday.

The clubs immediately below them, Leicester City and champions Manchester City, clash at the Etihad Stadium.

Leicester's eight-match winning run in the league ended last week when they drew with Norwich City but victory over City would see them cut Liverpool's advantage to seven points.

All eyes will be on the Tottenham Hotspur Stadium, though, where Spurs will aim to continue their revival under Mourinho. Having won only three of their opening 12 league games, a run that led to the departure of Mauricio Pochettino, they have won four out of five under Mourinho to climb to fifth and have reached the last 16 of the Champions League.

In that time they have reduced an 11-point gap between themselves and Chelsea to three points.

While Tottenham have been buoyant and Mourinho has been all smiles, Lampard is wearing a frown after his young Chelsea team have hit the buffers. After a seven-match winning streak in the league, they have lost four of the last five and suddenly their place in the top four is under threat.

Worryingly for Chelsea, Mourinho's record at home against sides he has managed is incredible.

He has won 12 of 13 of such fixtures, drawing one, and all three against Chelsea, twice with United and once with Inter.

Tottenham have also won three of their last five Premier League fixtures against Chelsea, as many as they had in their previous 20 against them in the competition.

While Tottenham were fortunate to beat Wolverhampton Wanderers last week, they are clearly enjoying the Mourinho 'bounce' and former captain Ledley King believes the key has been Mourinho restoring Tottenham's self-belief.

"Confidence plays a big part, Spurs seemed to be stuck in a bit of a rut at the moment in time when Mauricio went," King said. "Mourinho is a winner. He's won everything.

"From my experience, if someone like that comes into your club you listen, you take everything on board and you try to soak up as much as you can."