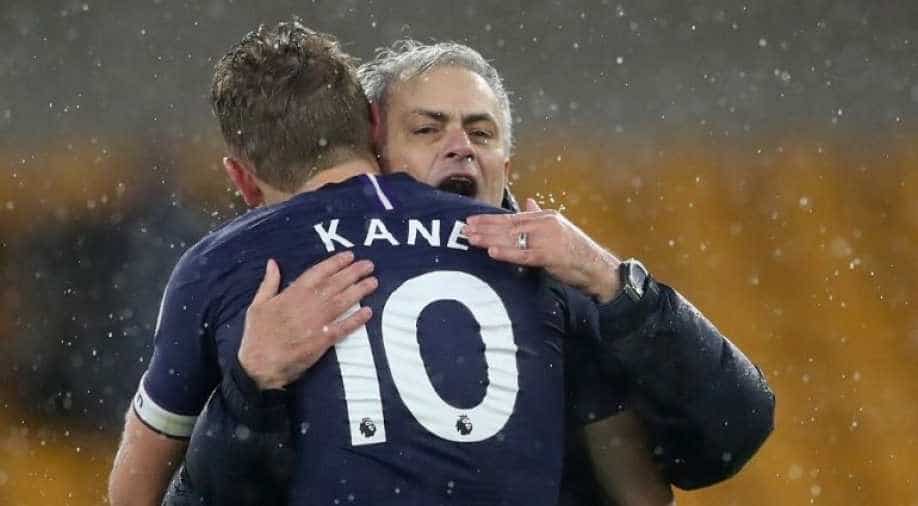 Tottenham Hotspur has built up a head of steam since Jose Mourinho took over but they face a massive challenge on Sunday as they take on Chelsea with a place in the top four at stake, says striker Harry Kane.

Mourinho took over from Mauricio Pochettino last month with Tottenham struggling in 14th place, but four wins in five league matches under the Portuguese have lifted them to fifth, three points behind Chelsea.

"We have the momentum at the moment. But next weekend is the big one," Kane told British media.

"If we can win and push into the top four, we have fixtures over the Christmas period we feel we can definitely win."

Kane hailed Mourinho's impact but said the team cannot take their foot off the pedal having just edged past Wolverhampton Wanderers 2-1 on Sunday with a winner in added time.

"We've been feeling good we've scored goals in every game we've played with the new manager in charge so if we can get it right, grind out results like at Wolves throughout the season we'll be OK," the England captain added.

Having worked only with Pochettino for the majority of his senior club career, Kane said he was eager to learn from former Porto, Chelsea, Inter Milan, Real Madrid and Manchester United boss Mourinho.

"He's got his own style, own way of doing things. For me, it's about learning that way it's good to experience new things, see how different managers work," he added.