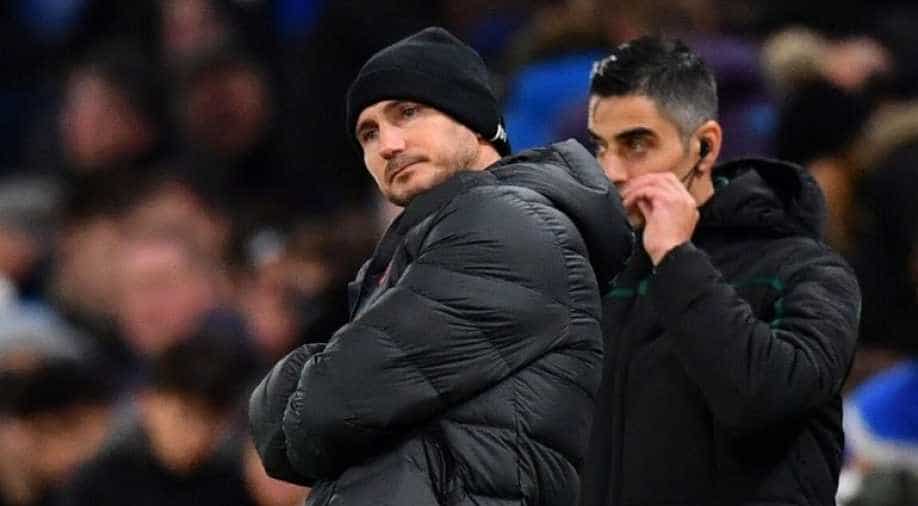 Lampard did not think that signing another striker might affect the confidence of younger players like Tammy Abraham, who has scored 13 goals for the club this season

Chelsea manager Frank Lampard says he hopes to sign a forward in January to make up for the loss of Belgian Eden Hazard, who moved to Real Madrid in the close season.

Chelsea was cleared to sign players in the next transfer window last week after the Court of Arbitration for Sport halved a ban for breaching rules on the international transfer and registration of players under 18.

"I will look at all areas of the team," Lampard told reporters after his team reached the last 16 of the Champions League by beating Lille 2-1 at Stamford Bridge on Tuesday.

"But I think it was quite clear in the summer that you lose Eden Hazard, who was a huge part of scoring or creating our goals last season and the season before that, the high level of player he is.

"We've found ways as a team where we can still be competitive but going forward if we're looking at if we can get even better in forwarding areas to help competition then I think we'll always look at that."

Lampard did not think that signing another striker might affect the confidence of younger players like Tammy Abraham, who has scored 13 goals for the club this season.

"I don't think it is a concern at all because they are here to stay, I truly believe in that," he added. "I believe in the quality of all the young players here."

Chelsea's next match is at home against Bournemouth in the Premier League on Saturday.