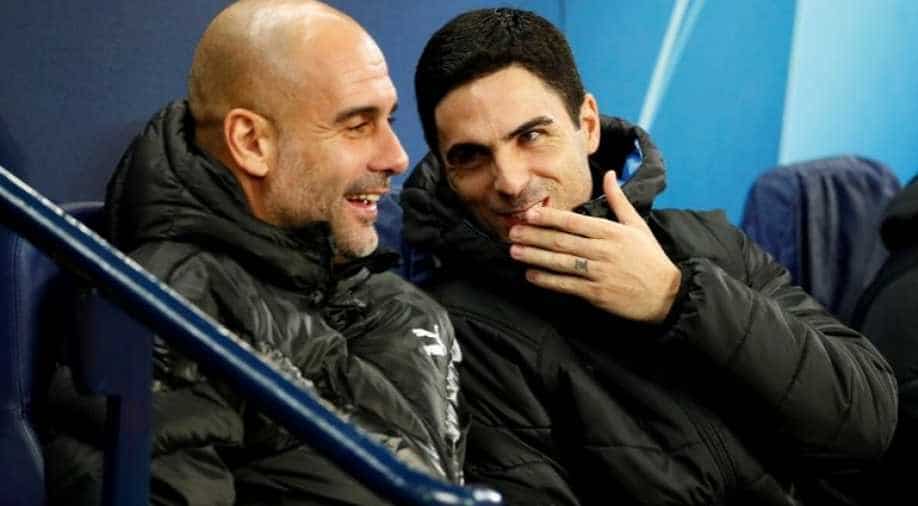 Guardiola said Arteta will be at Oxford United on Wednesday for City's League Cup quarter-final but appears resigned to the prospect of losing his right-hand man.

"I think it (the decision) is going to happen quick," Guardiola was quoted as saying by the BBC. "Why not [go]? It's a good argument."

Former Arsenal captain Arteta is the leading candidate to succeed Unai Emery as Arsenal manager after the London club's chief executive Vinai Venkatesham was pictured outside the 37-year-old's house in the early hours of Monday morning.

"Mikel is travelling to Oxford with us tomorrow," Guardiola earlier told reporters. We were so smart to pick him up and the other clubs missed it. He's an incredible person, good manager. Work ethic. That's why he is what he is.

Spaniard Arteta made 149 appearances for Arsenal before joining City's coaching staff in 2016 where he has enjoyed a successful spell as assistant to Guardiola, helping the club to consecutive Premier League titles over the last two seasons.

Guardiola said he had spoken to Arteta about the Arsenal opportunity and would not stand in his way.

"I am a guy who lets people live with freedom and do what they want because that is what they want in the moment, for their lives, family, professionally and individually," he said.

"Mikel knows exactly what we think about him. After that, we cannot do more."