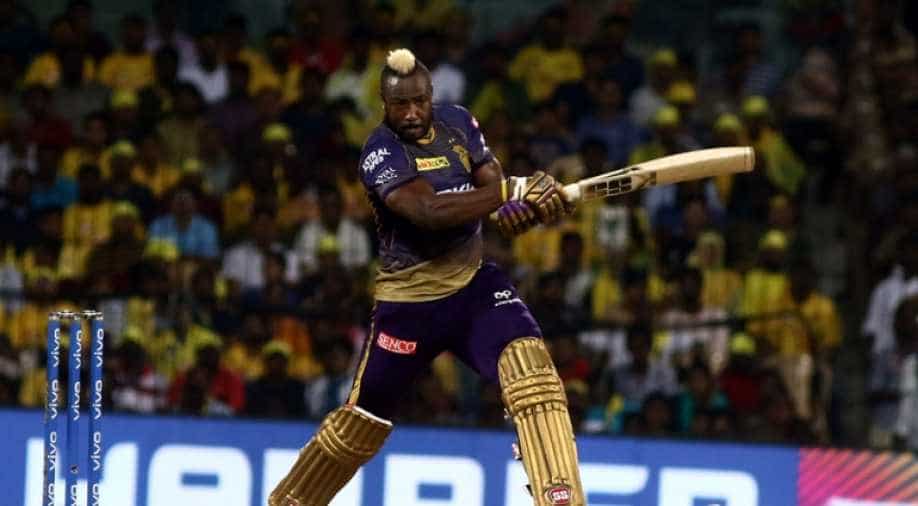 Star Kolkata all-rounder Andre Russell lamented the "bad decisions" taken by his team in a disappointing Indian Premier League campaign which has seen the side lose six games in a row.

Russell has been the biggest impact player for Kolkata with three man-of-the-match performances from their four wins but his team has let him down.

"We have a good team but if you make bad decisions then you will always lose games and that's what we've been doing. If we had enough time, I could pinpoint a few games where if we just looked to bowl tighter in areas or bring in right bowlers at the right time, we could have won," Russell said.

"As a professional cricketer, to be in this position is not the most healthiest position. In terms of decision, we have been bowling wrongly at the wrong time, that's what been causing for us to keep losing in simple ways," Russell said on the eve of the game against Mumbai.

The Jamaican who has amassed 406 runs from 10 innings at an outrageous strike rate of 209.27 was particularly pained at Kolkata's failure to defend 176 against a "weak" Rajasthan.

"I'm disappointed that we get defeated by a team Rajasthan with the weak batting order. If we can't restrict a team for under 170 with our bowling attack then we will need miracles against a strong team like Mumbai.

"But when you bowl as bad as our bowlers, you don't really take catches -- we have been the worst fielding team so far."

Russell said the atmosphere in the team is not healthy as he likes to keep himself confined to his room.

"I find myself just been in my room for the last couple of days losing games after games. I'm not the type of guy to do the walking around... It's hard to do the walk around losing six games in a row.

"It's not healthy, to be honest. I'm feeling down at the moment but tomorrow when we cross the rope my energy level will be 150. As cricketers, we have to have the passion inside, and not just to show it on the TV," he added.