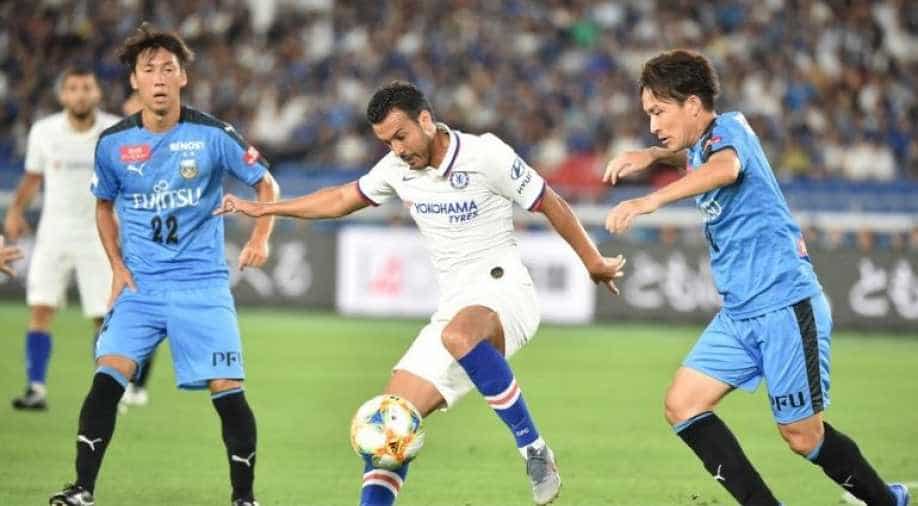 Chelsea struggled to find the net despite waves of attacks, with Kawasaki players cautious in defence, particularly before the break

J-League Champions Kawasaki Frontale pulled off a stunning 1-0 victory against Chelsea in friendly at Yokohama on Friday.

Kawasaki striker Leandro Damiao headed in a Kengo Nakamura cross from a close range in the 86th minute to clinch the upset.

Chelsea struggled to find the net despite waves of attacks, with Kawasaki players cautious in defence, particularly before the break.

In the 30th minute, Chelsea forward Pedro showed off his skill by zigzagging past a group of Kawasaki defenders before unleashing a long-range shot, which flew just over the bar.

Kawasaki midfielder Akihiro Ienaga, J-League MVP in 2018, threatened the Chelsea goal in a 45th-minute counterattack, ending the move with a sizzling shot which forced a superb one-armed save by goalkeeper Willy Caballero.

After the break, Kawasaki's Leandro Damiao dashed to meet a Kei Chinen cross, but his diving header inside the box went wide.

Kenedy rushed to meet a Ross Barkley pass inside the box in the 69th minute, but was blocked by Kawasaki goalkeeper Shota Arai.

Arai had to make another strong save a few minutes later from an Olivier Giroud freekick.

Chelsea are on a pre-season tour of Japan, and will play a friendly against FC Barcelona on Tuesday in Saitama, north of Tokyo.