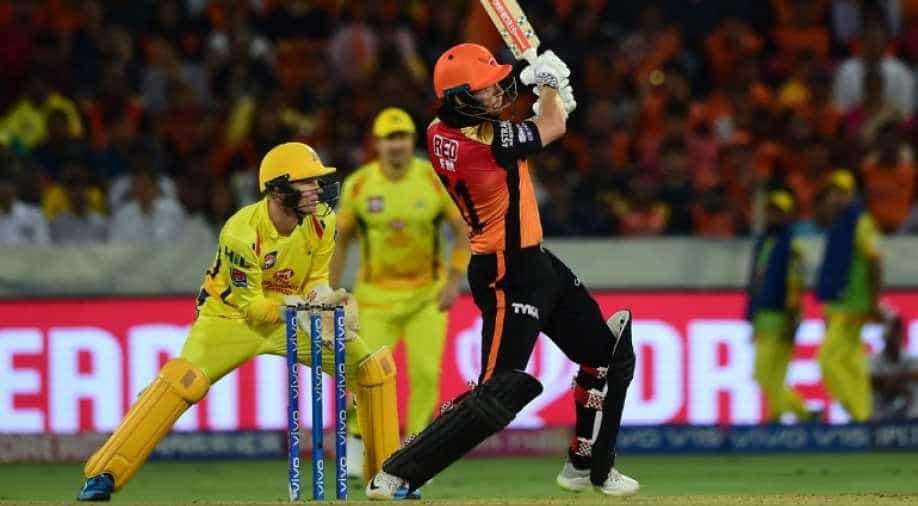 Chasing a modest total of 133, Hyderabad got off to a flying start as their opener David Warner hammered the visitors for regular boundaries.

But, this innings by the left-hander enabled Hyderabad to score 68 runs in the powerplay overs and the team just required 65 more runs for the win from 84 deliveries.

Kane Williamson (3), the Hyderabad skipper failed to leave a mark as he was sent back to the pavilion pretty early by Imran Tahir. Vijay Shankar, who came out to bat number four, stitched a 34-run partnership with Jonny Bairstow.

But Tahir once again provided Chennai with the breakthrough as he dismissed Shankar (7) in the 13th over with Hyderabad still requiring 28 runs for victory.

However, Bairstow along with Deepak Hooda ensured that Hyderabad did not suffer from any more hiccups.

Hooda departed with 2 more runs required by Hyderabad, but Bairstow took the team over the line by six wickets and with 19 balls to spare.

Earlier, Suresh Raina came out at the time of toss to lead Chennai as their regular skipper MS Dhoni was rested for the particular match.

After being asked to bowl first, Hyderabad displayed a spirited bowling performance restricting Chennai to just 132 runs for the loss of five wickets in the allotted twenty overs.

Chennai got off to a cautious start as both openers Shane Watson and Faf du Plessis took their time in getting adjusted with the pitch conditions and as a result, Chennai could only score 41 runs in the first six overs.

However, the duo decided to step on the accelerator and they started to hammer the hosts for regular boundaries.

Both Watson and du Plessis stitched together a partnership of 79 runs before Shahbaz Nadeem clean bowled Watson (31) sending him back to the pavilion.

Chennai suffered big blows in the middle overs as du Plessis (45), stand-in skipper Suresh Raina (13) and Kedhar Jadhav (0) were dismissed in quick succession reducing the team to 99 for four in the 14th over.

Du Plessis was dismissed by Shankar whereas Raina and Jadhav were sent back to the pavilion by Rashid Khan.

Sam Billings (0) who came out to bat at number six, also failed to leave a mark as he was dismissed cheaply by Khaleel Ahmed.

With Billings' departure, Chennai went from 79 for no loss to 101 for five.

Hyderabad continued to display exceptional bowling skills in the death overs and they did not allow both Ambati Rayudu and Ravindra Jadeja to flourish, thereby restricting Chennai to just 132 runs in twenty overs.

Rayudu and Jadeja remained unbeaten on 25 and 10 respectively.

On April 21, Hyderabad will next play against Kolkata whereas Chennai will face Bangalore.