IPL 2018: Rishab Pant parties with Dhoni, Raina ahead of Delhi vs Chennai clash 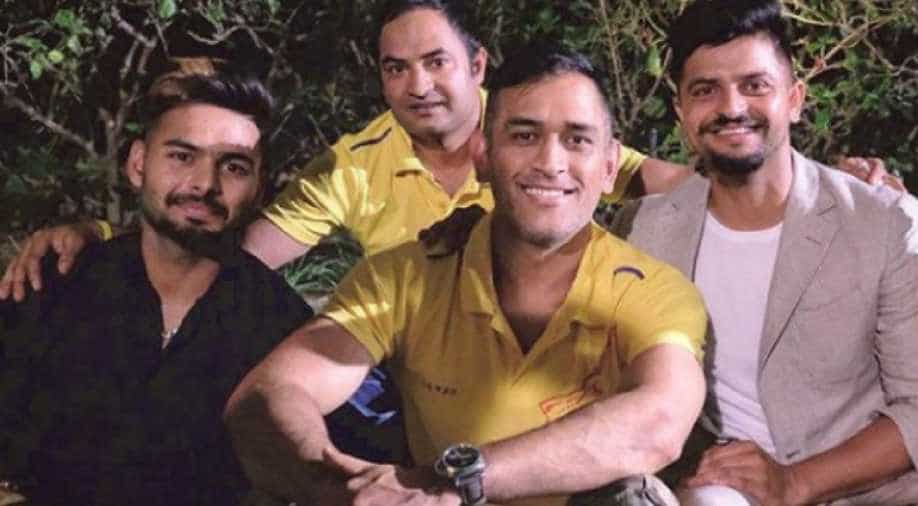 Rishab Pant is one player who has impressed everyone with his impeccable batting in the eleventh edition of the Indian Premier League (IPL).

Though Delhi is out of contention for play-offs, Pant has proved his batting prowess by scoring 582 runs in 12 games played so far.

But as the tournament is still underway, Delhi will play its 13th game against Chennai

The 'Yellow Brigade' have already qualified for the play-offs with eight wins from 12 games, while Delhi have missed the bus for knockouts after losing nine matches this season.

With very little riding on the Friday clash, players from both the teams were seen hanging out with each other.

"When you have senior like these @mahi7781 @sureshraina3," Pant captioned the image.

The highlight of Pant's campaign has been the 128 not out against Hyderabad.

He now also holds the record for highest scoring Indian in the history of IPL.

Dhoni is also enjoying his time out in the middle this IPL.

The former Indian cricket team captain is having his best season in the league with 413 runs from 12 matches so far.

Jasprit Bumrah has gone to NCA, we are waiting for official confirmation on his fitness: Rahul Dravid