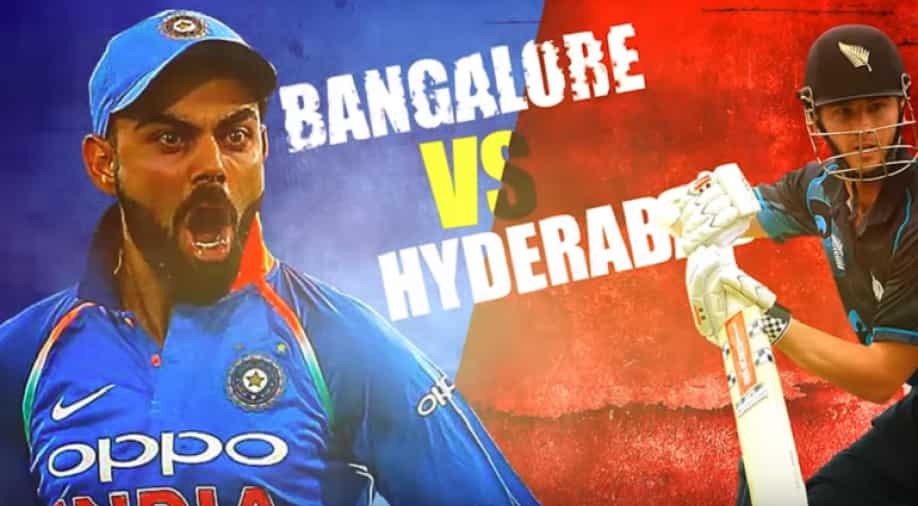 Bangalore registered two big wins over Delhi and Punjab to save their chances of survival in Indian Premier League (IPL).

But the road is not that easy as they will gear up with table toppers Hyderabad who are perhaps enjoying their best season yet.

Bangalore will hope that confidence pushes them towards another big win and increase their chances of finishing in the top four spot.

The team haven’t had the best of seasons in the IPL, winning just 5 matches. But they are still hanging by the thread and require wins in both their last 2 games depending on other results.

The team is overly dependent on skipper Virat Kohli and AB de Villiers.

Opener Parthiv Patel also played a superb knock in their last match against Punjab, but his inconsistency remains a big problem.

It's important for him to provide a decent start to his team in order to further strengthen their chances.

Hyderabad, on the other hand, is dependent quite a lot on opener Shikhar Dhawan (369 runs) and skipper Kane Williamson (544 runs) for inspiration.

Williamson has been a top leader since David Warner was ruled out of the IPL due to his role in the ball tampering incident.

The New Zealand captain would look to consolidate the team's top spot and ensure a top-two finish at the end of the league stage.

Their bowlers have been incredibly consistent across all phases of the 20 overs but have bagged most of their wickets in the period between the seventh and the 15th over.

So overall, as Hyderabad has already booked its spot in the play-offs, they have little to worry about.