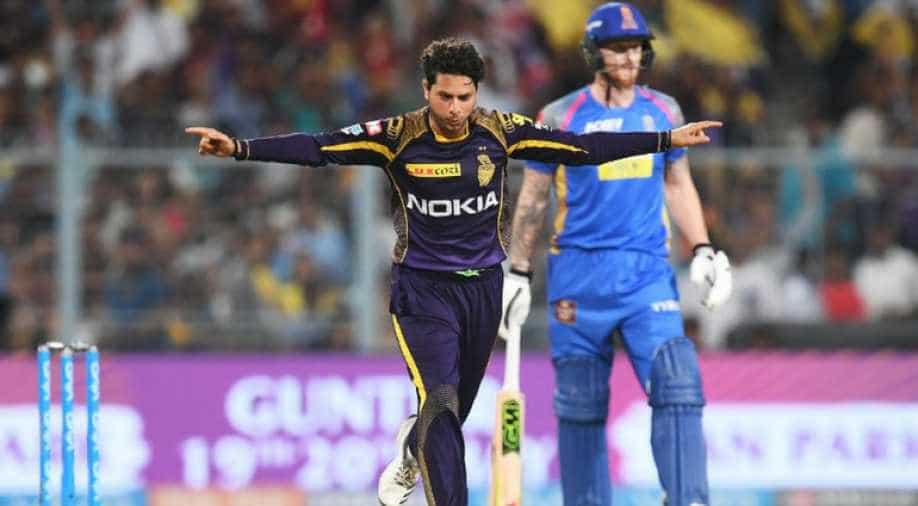 Put into bat, Rajasthan got a great start as openers Jos Buttler and Rahul Tripathi began attacking the Kolkata bowlers from the first ball.

They together established a partnership of 63 runs before Rahul Tripathi lost his wicket to Russell after making 27 runs.

In-form Buttler continued his attack but also lost his wicket soon to  Kuldeep Yadav after contributing 39 runs in just 22 balls.

However, it was the downline which failed to capitalise the start as skipper Ajinklya Rahane was clean bowled by Yadav on 11 runs.

Yadav struck again and dismissed Ben Stokes and Stuart Binny for 11 and 1 respectively.

Kolkata skipper Dinesh Karthik won the toss and opted to field against Ajinkya Rahane-led side.

Karthik believed that his team has performed well while chasing the targets in previous clashes, so taking advantage of the toss would benefit the Knights.

On the other hand, Anjinkya Rahane said that he is happy to bat first in the do-or-die match.

For Rajasthan, Ish Sodhi, Anureet Singh and Rahul Tripathi have included in the squad.

For Kolkata, Shuvam Mavi is fit and healthy but Piyush Chawla is out over some health issues.