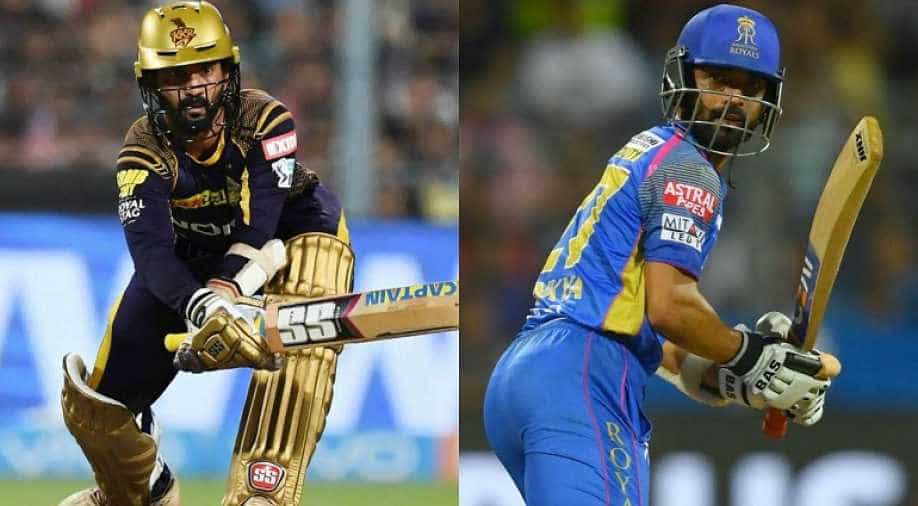 While Chennai wait for the second finalist to be announced, Hyderabad is waiting desperately to face the team who win the eliminator to reach the qualifier 2.

Dinesh Karthik-led Kolkata and Ajinkya Rahane's Rajasthan were the other two teams who booked a place in play-offs.

The two teams will lock horns today at Eden Gardens to decide which team will face Hyderabad, who are eager to return to winning ways.

There could not have been a better stadium for the Kolkata to play the eliminator. They have a fantastic record at the venue over the years and have made the stadium their den.

Kuldeep Yadav, Sunil Narine and Piyush Chawla know the pitch and its conditions and the trio will be the toughest acid test for the Rajasthan batting, which has already shown signs of weakness in the group stages.

The batting line has shared their duties throughout the season. Unlike their rivals, no single batsman has been a stand out performer.

Every batsman has chipped in with significant contributions as six of them have scored more than 250 runs during this tournament.

The likes of Nitish Rana, Russell, and Karthik have all chipped in during the group stages to take the team past the finish line.

On the other hand, Rajasthan has a dismal record at this venue having last won a tie here during the inaugural edition of the IPL and followed it with five straight defeats.

With Rajasthan's hope to reverse the result of their previous outing at the venue, they will enter the ground without their best batsman Jos Buttler and best bowler Ben Stokes.

The move to send Buttler at the top of the order paid rich dividends as he slammed five consecutive fifties - a feat earlier recorded only by Virender Sehwag in 2012 - to send his team to the playoffs.

The win for any team today would not be a piece of cake but Kolkata will surely look to turn the things in their favour, being the advantage of their home ground.