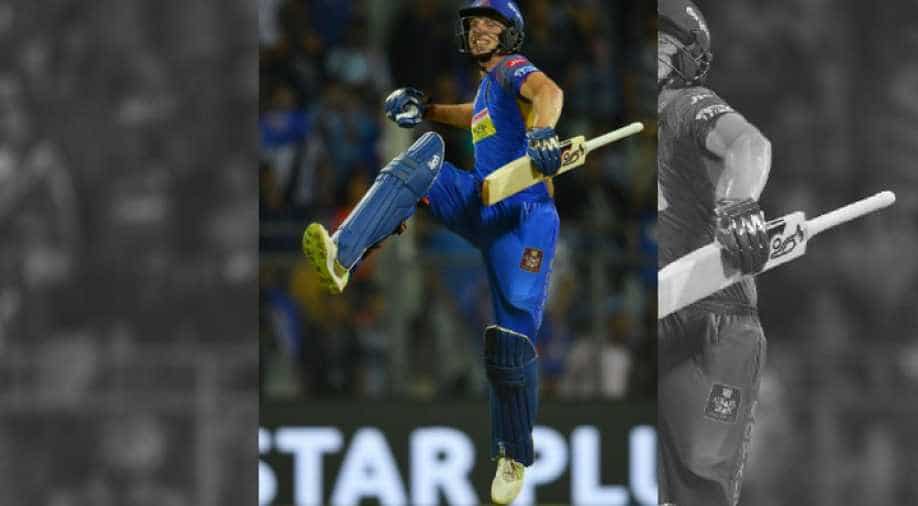 Jos Buttler once again stood up for his team, as they faced Mumbai at the Wankhede Stadium on Saturday.

His inning included nine boundaries and five sixes and came in just 53 balls.

Skipper Ajinkya Rahane too contributed 37 runs while chasing a cheap target of 169 runs set by Mumbai.&nbspHe lost his wicket to Hardik Pandya.

Earlier, Evin Lewis smashed a 42-ball 60 before Hardik Pandya produced a quick-fire 36 to steer Mumbai to a fighting 168 for six against Rajasthan at Wankhede Stadium on Sunday.

Lewis batted smartly as he opened his arms only after building his innings steadily after being dropped at individual score of five.

Lewis added 87 runs with fellow opener Suryakumar Yadav, who made 38 runs off 31 balls.

Yadav was also dropped on nine. Meanwhile, Lewis hit four sixes and as many fours in his innings.

He conceded only 16 runs from his four overs and dismissed Lewis and Suryakumar and Rohit Sharma for zero in successive balls.

The hosts were struggling badly at one stage, failing to capitalise a good start, but Pandya came up with his blistering knock just in time to propel them.

He hit three fours and two sixes in his 21-ball knock.

Earlier, Ajinkya Rahane won the toss and opted to bowl against Rohit Sharma-led side at Wankhede Stadium in Mumbai, on Sunday.