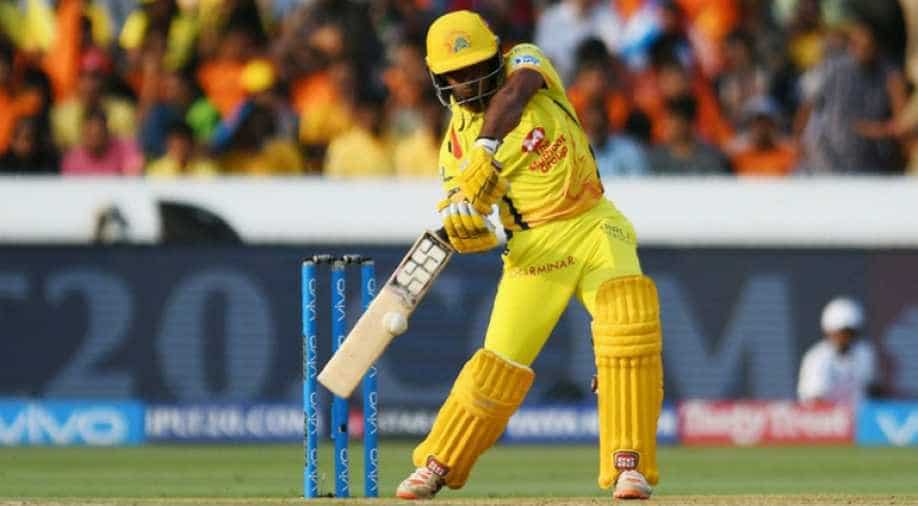 Rayudu hit a single off the bowling off Umesh Yadav in the 5th over to go past the 400-run mark in IPL 2018.

The list is followed by Delhi's Rishabh Pant, who is second in the run-getters list with 375 runs, while Bangalore skipper Virat Kohli is third with 357 runs.

Rayudu was bought by the 'Yellow Brigade' for Rs 2.20 crore after he who was not retained by Mumbai in the IPL 2018 auction.

He has been a consistent performer in this year's IPL. He has opened the innings for the franchise this season along with Shane Watson and has given them flying starts throughout the tournament.

He has also smashed two fifties this season and has been accumulating runs with a strike-rate of above 150 in this year's IPL.