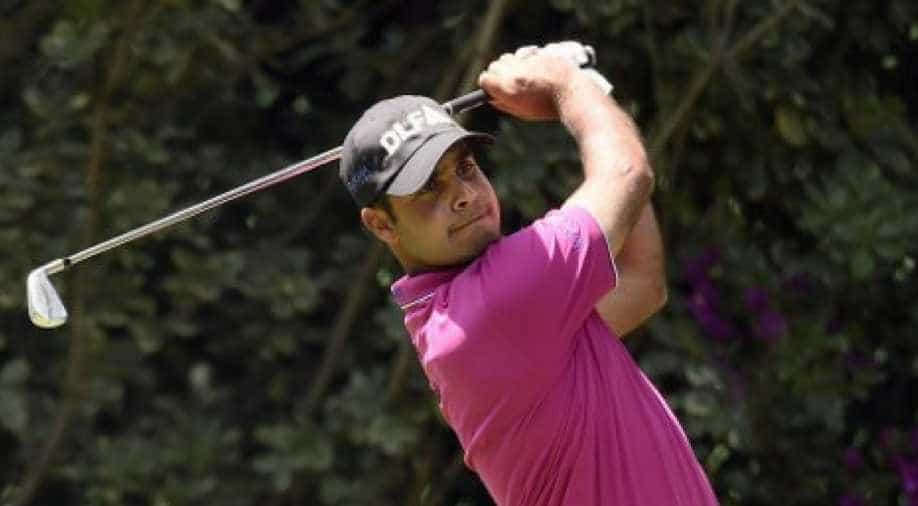 India's Shubhankar Sharma survived some shaky moments to maintain his two-shot lead at the WGC Mexico Championship after the third round on Saturday.

Sharma, the 21-year-old Asian Tour Order of Merit leader whose European Tour wins this season at Johannesburg and the Maybank Championship have propelled him to number 75 in the world, is making his first start in an elite World Golf Championships event.

He's vying to break into the top 50 in time to earn a Masters berth. With a win on Sunday he would become the youngest player to win a WGC event, eclipsing the mark of Patrick Reed who won the 2014 WGC Mexico Championship at 23 years old.

"I don't really want to think about it," Sharma said. "That would put too much pressure on me. I just want to go ahead and enjoy myself.

"Tomorrow will be a lot of fun with a lot of good players in the mix."

Sharma hit 11 of 14 fairways – his highest total of the week – and 10 of 18 greens in regulation during his third round.

He had five birdies and three bogeys in his two-under par 69 at Club de Golf Chapultepec near Mexico City, where his 13-under par total of 200 put him two clear of five-time major winner Phil Mickelson, reigning Masters champion Sergio Garcia, Tyrrell Hatton and Rafa Cabrera Bello.

World number one and defending champion Dustin Johnson headed a group on 203 that also included 2017 US PGA Tour rookie of the year Xander Schauffele, Pat Perez and Brian Harman.

Sharma, leading by two to start the day, made a quick start with three birdies in his first six holes. He bounced back from a bogey at the eighth with a birdie at 11, but surrendered a shot at 13.

He rolled in a 16-foot birdie putt at 14 to reclaim sole possession of the lead, and he was two clear even after his bogey at 16.

He closed with a tremendous par save at the last, calmly rolling in a 15-foot putt to maintain his cushion as he tries to become the first player since Jim Benepe at the 1988 Western Open to win a first US PGA Tour title in his tour debut.

"I got off to a great start," Sharma said. "Made a few mistakes coming in, but I've done a fairly good job of the distances and the yardages."

Sharma will tee off on Sunday alongside Hatton and Mickelson. Hatton carded a 64 to join the group sharing second while the 43-year-old Mickelson posted a bogey-free 65.

"It's been a long time since my game's been back to this point," he said. "I'm back playing some of my best golf again."

Mickelson said he wouldn't get too concerned about whether that translates to a victory on Sunday.

"If it doesn't, it's going to happen soon because I'm playing too well for it not to," he said.