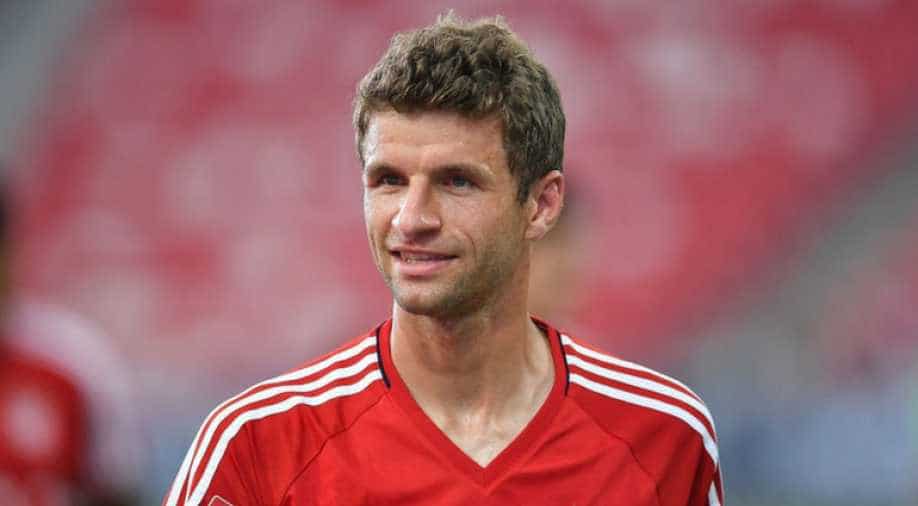 Thomas Mueller joked that the Bundesliga without fans feels like "old man's football, 7pm, under floodlights" after Bayern Munich brushed aside Union Berlin 2-0 behind closed doors on Sunday.

Thomas Mueller joked that the Bundesliga without fans feels like "old man's football, 7pm, under floodlights" after Bayern Munich brushed aside Union Berlin 2-0 behind closed doors on Sunday.

The result leaves defending champions Bayern four points clear as the German league restarted this weekend after a two-month hiatus due to the COVID-19 virus.

However, Mueller admitted it was strange to play Union behind closed doors at their compact Alten Foersterei stadium, which is usually packed with 22,000 passionate home fans.

"It felt a bit like the atmosphere you get for old man's football, 7pm, under floodlights, but as soon as the ball started to roll, the game took our focus," said Mueller.

"There were a few butterflies before the restart, wondering how it would go, like before the first game of the season in August," said Mueller.

"I wasn't worried about anything going wrong, everything was explained clearly to us.

"Union Berlin, just like us, were well prepared, no handshakes before kick-off etc."

Mueller said the defending champions were just happy to win their first game after the restart to keep them on course for an eighth consecutive league title.

"We came here with the goal of getting the three points," added Mueller.

"We had a bit more security after the second goal."