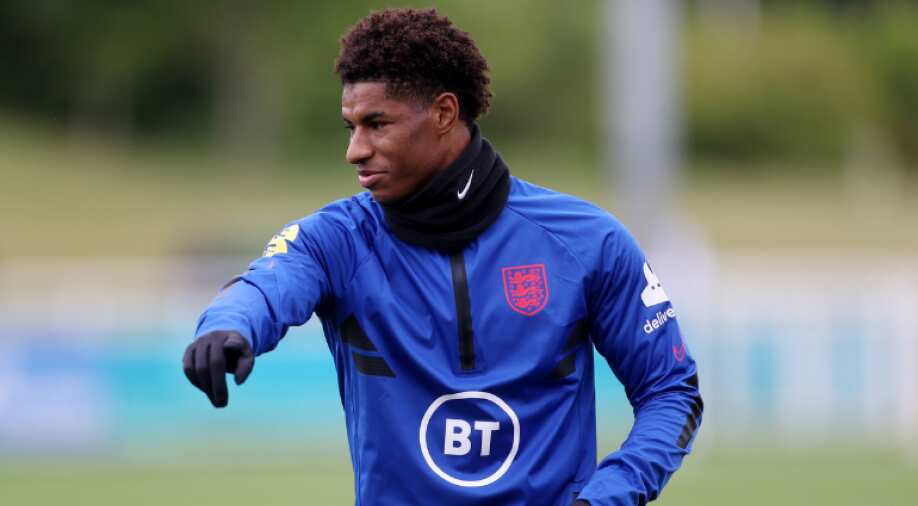 Rashford had struggled with a shoulder problem during the latter part of the 2020-21 season and played only a limited role with England during their run to the Euro 2020 final, where they lost to champions Italy.

"Following consultation between Marcus, the manager, club medical staff and specialists, Marcus will undergo surgery imminently to resolve his shoulder injury," United said in a statement.

"He will now focus on his rehabilitation in order to return as soon as possible."

United gave no indication of the likely length of Rashford's absence, but the BBC reported earlier this month that the 23-year-old is expected to be out for around 12 weeks and will miss the start of the Premier League season.

"I've read some call me selfish for holding off getting the surgery this season but it was never about putting myself first and that's how we've reached this point, and as a 23-year-old I have had to learn the hard way," Rashford said on Twitter.

"To guarantee I can play this game as long as possible, I need to listen to my body. Everyone has an opinion but no one knows my body better than me.

"When I step on the pitch I always give 100%. Physically my 100% just wasn't possible. I'm walking away from last season with 36 goal contributions, but more importantly I'm walking away with lessons learnt."

Rashford's absence at the start of the campaign would be a huge blow for manager Ole Gunnar Solskjaer, with the Norwegian aiming to improve on last season's second-place league finish.

United start their 2021-22 season on Aug. 14 against Leeds United at Old Trafford.