Defending is attacking in T20s: Muttiah Muralitharan's tip to spinners before World Cup 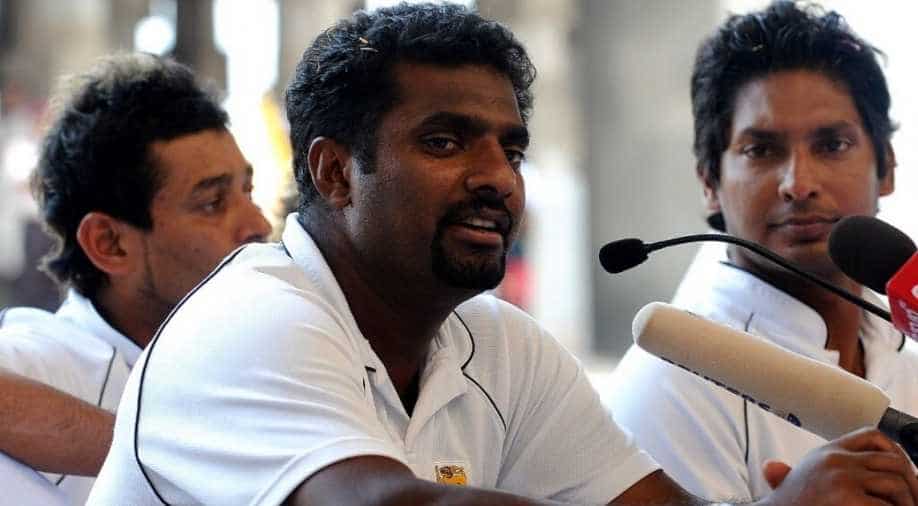 Muttiah Muralidaran has suggested spinners that defence is the best offence in his column for ICC before T20 World Cup.

Defence is the best form of offence for spinners in T20 cricket, says Sri Lankan legend Muttiah Muralidaran, asserting that the slower one bowls, the bigger challenge it becomes for batters to execute their shots.

Muralidaran, who still holds the record for most number of wickets in both Tests (800) and ODIs (534), believes that in T20 Internationals bowlers can't always go for wickets like Tests or 50-over cricket.

"Defending is attacking in T20 in my mind, you need to aim to go for 6 or 6.5 runs an over and if you can manage that, you will probably take a couple of wickets as well," Muralidaran wrote in his column for ICC on the eve of the T20 World Cup.

"My experience, both as a player and a coach or mentor in T20 cricket, was that you have to approach it with a defensive mindset, whereas in ODIs or Tests, the aim is to take wickets," he added.

The off-spin wizard said that the initial perception about spinners being cannon fodder in the shortest format has proved to be a myth.

"Initially, most people thought that the spinners would be the victims of T20 cricket and that the batters would go after them. But it is clear now that the slower you bowl, the more difficult it is to hit.

"The spinners have become the most important bowlers and even the quicks now have to bowl slower balls and other deliveries because you want to avoid the ball coming onto the bat as much as possible," he opined.

Speaking about Sri Lanka, Muralidaran has no qualms in admitting that the standard of the island nation's cricket has gone down in the past few years. The 2014 ICC T20 World Cup champions are being forced to play the preliminary round at the mega-event's upcoming edition starting Sunday.

Sri Lanka, a team that once boasted of players like Muralidaran himself, Mahela Jayawardene, Kumar Sangakkara, TM Dilshan, Lasith Malinga haven't qualified for the Super 12s due to their low ranking points and are forced to play Round 1 which comprises of minnows like Oman, Namibia.

"From a Sri Lankan perspective, the team will have to go through qualifying in the first round. The team has gone down in the last five or six years and it's the first time in our history that it has happened to us," he said.

"Frankly speaking, we were not good enough, and have not played good enough cricket which is why we are in this position. But the team has capable players who can reach the Super 12s and have an impact, but first they have to qualify," the off-spinner blended caution with optimism.

Muralidaran hopes that the bowling unit will compensate for a weaker batting line-up.

"The spinners are very good, whereas the batting is a little bit weaker, but if they can step up and manage decent totals, then the bowlers can defend them. If they make it through, I think they will upset a few teams."

He also had an advice for Sri Lankan team and all the lesser known teams -- not to be overawed by names.

"My advice to the Sri Lankan players and everyone at the World Cup would be not to overthink it, particularly the bowlers. Don't focus on the names and the players you are going up against. You have to try not to worry about the pressure and just enjoy it. That is what T20 cricket is all about."