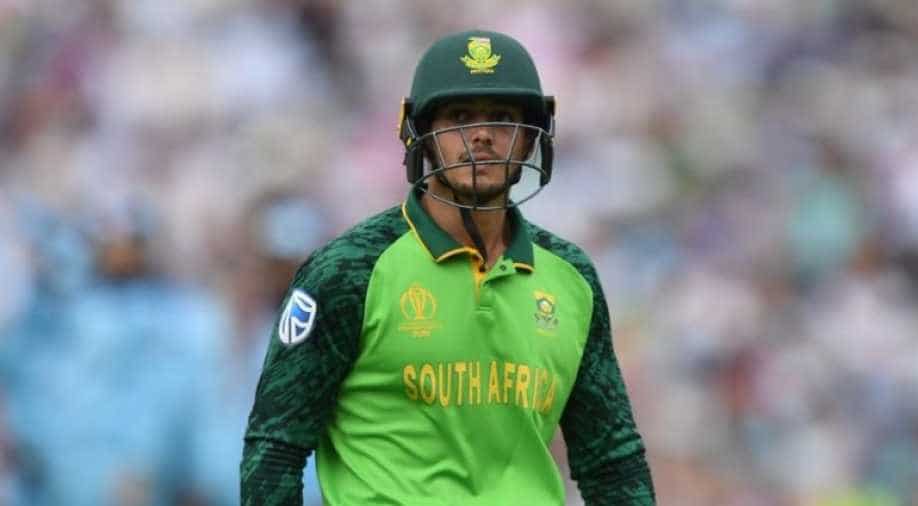 De Kock was appointed as the Test skipper for the 2020-21 summer until a permanent candidate was zeroed in.

South Africa head coach Mark Boucher on Wednesday confirmed that Quinton de Kock will no longer continue as the Test skipper after the second match against Pakistan. Boucher`s remarks came on the eve of the second Test against Pakistan, set to begin on Thursday at Rawalpindi.

"When we get back after this tour we`ve got a bit of time before our next Test series so we can sit down and make a good, solid call on who can take over from him and release him from that burden and try and get the best out of him. It`s been tough on Quinny. If you`re not scoring runs it gets highlighted, especially if you`re a captain," ESPNCricinfo quoted Boucher as saying.

"We`re not that harsh on Quinny in this environment. We know that he`s a quality player and there`s a good innings around the corner for him. He has been given the extra burden of being captain and that can be tough and something he`s not used to," he added.

De Kock was appointed as the Test skipper for the 2020-21 summer until a permanent candidate was zeroed in.

Nauman Ali had made a memorable debut for Pakistan as he picked seven wickets, including a five-wicket haul in the second innings of the first Test, to power his side to a win over South Africa by seven wickets on day four.

With this win, Pakistan took a 1-0 lead in the two-match series. Chasing the target of 88, Pakistan openers Imran Butt and Abid Ali avoided risky shots as the team was not chasing a huge target. However, Anrich Nortje came out all guns blazing in the eighth over, removing both Abid (10) and Butt (12).

Azhar Ali and skipper Azam then joined hands in the middle. Both played brilliantly, scoring regular boundaries but with the team just two runs away, Keshav Maharaj dismissed Babar (30) in the 23rd over. Fawad Alam then came out and hit a boundary to take Pakistan over the line.