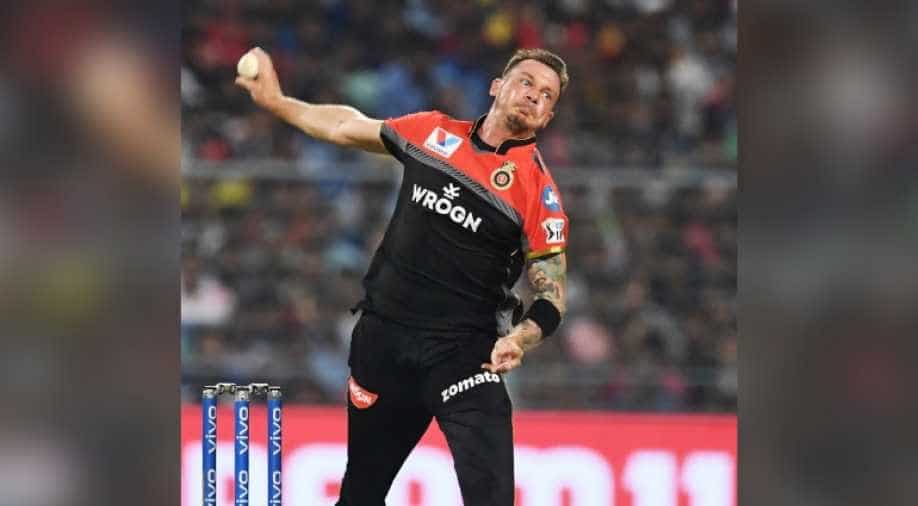 The South African bowler Dale Steyn will miss the remaining Bangalore matches in the ongoing edition of the Indian Premier League (IPL) due to inflammation in his shoulder.

"Dale Steyn has been prescribed with ample rest due to inflammation in his shoulder. On account of the state of his health, Dale will not be available to take part further in the ongoing season of IPL," Sanjeev Churiwala, chairman of Bangalore team said in an official statement on Thursday.

Steyn was acquired by Bangalore as a replacement for the injured Australian bowler Nathan Coulter-Nile on April 12.

The 35-year-old bowler played just two matches in the ongoing edition of IPL. He took a total of four wickets in those two matches.

Steyn marked his return to Bangalore as he had earlier played for the team between 2008 and 2010 taking, 27 wickets from 28 matches.

The bowler had rejuvenated Bangalore's bowling lineup and he was a key figure in the team`s winning performances against Kolkata and Chennai in the ongoing edition of the IPL.

Bangalore are currently ranked at the seventh position in the IPL league standings.

The team next takes on Delhi Capitals at Feroz Shah Kotla Stadium on April 28.