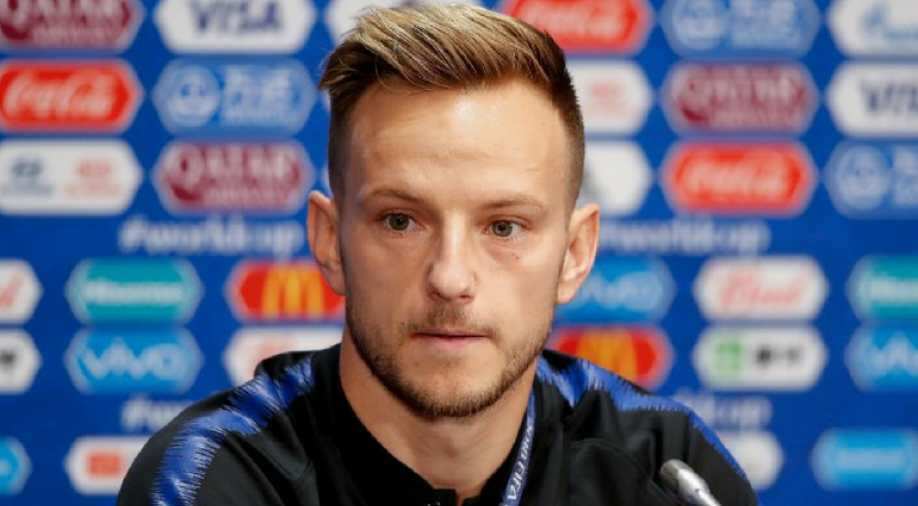 There is no specification on the injury but Rakitic left the pitch in Zagreb suffering discomfort in the back of his right thigh.

Croatia midfielder Ivan Rakitic will miss the winner-takes-all Nations League game against England at Wembley on Sunday due to injury, manager Zlatko Dalic said on Friday.

Barcelona's Rakitic came off in the 67th minute of the 3-2 home win over Spain on Thursday which gave Croatia the chance to top League A Group 4 and claim a place in next year's four-team finals.

"He will go to Barcelona, it's a serious injury. You know that I usually take no risk. If there is a doubt that the injury could be serious, then we let him rest," Dalic told Sky Sports.

He did not specify the injury but Rakitic left the pitch in Zagreb suffering discomfort in the back of his right thigh.

"We want healthy players and Ivan in this moment is not 100 percent ready. Unfortunately, we are going to play without him."

Rakitic, 30, has played 102 games for Croatia but Dalic said they have players capable of filling in.

"We will see who will replace him. We have (Mateo) Kovacic, we have (Josip) Brekalo, we have (Milan) Badelj," he added.

The winners of Sunday's game will qualify for the Nations League semi-finals with the losers being relegated to League B. A draw would see leaders Spain clinch top spot in Group 4.

Rakitic is suspended for La Liga leaders Barca's next game on Nov. 24 at third-placed Atletico Madrid, who trail by a point, after being sent off in the home defeat by Real Betis on Sunday.