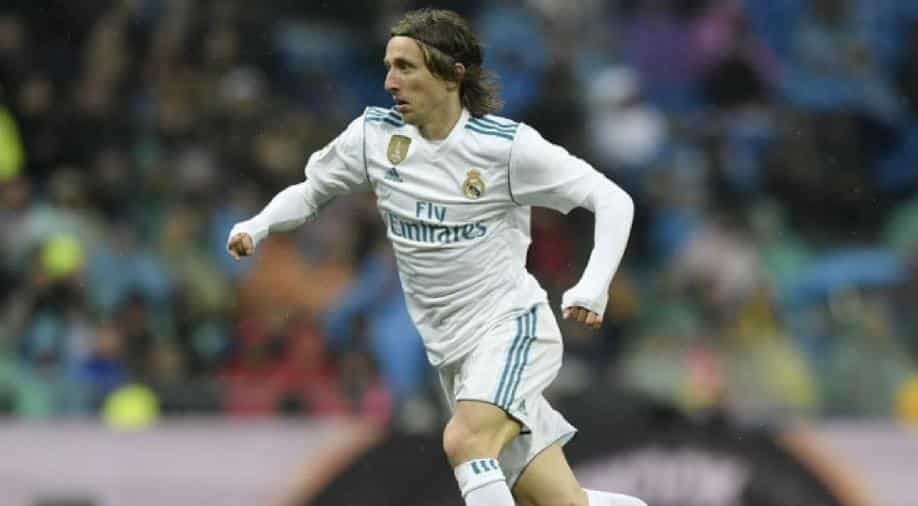 Croatia coach Zlatko Dalic said Monday he was worried about the impact of the false testimony charges against captain Luka Modric on his performance less than four months before the World Cup.

The offence carries a maximum penalty of up to five years in jail.

"I cannot interfere in what is going on but it certainly worries me," Dalic told reporters when asked whether he feared the charges could affect Modric's performance.

"But knowing Luka and his character... I belive that he will stoically endure all this.

"For me it is more important that he recovers from his current injury and that he plays," Dalic said.

He was speaking as he presented a 29-strong list of players for friendlies with Peru and Mexico to be played in the United States this month as part of preparations for the World Cup.

Modric's indictment has yet to be approved by a court and the 32-year-old is currently not threatened with arrest.

Mamic is accused, along with three other people, of abuse of power and graft that cost Dinamo, the former Croatian champions, more than 15 million euros ($18.4 million), and the state 1.5 million euros.

Cash was allegedly embezzled through fictitious deals related to player transfers. Modric testified last June over the details of his 2008 transfer from Dinamo to Premier League club Tottenham Hotspur.

From there he joined Real Madrid in 2012.

Modric has shaken off a thigh injury and travelled with the Madrid squad to France for Tuesday's second-leg last-16 tie against Paris Saint-Germain.

He is considered the biggest star Croatia have had since 1998 when they surprised the football world by reaching the World Cup semi-finals before losing to eventual winners France.

Croatia plays in the World Cup Group D along with Argentina, Iceland and Nigeria.