Colin Kaepernick reaches agreement with the NFL, his lawyer says 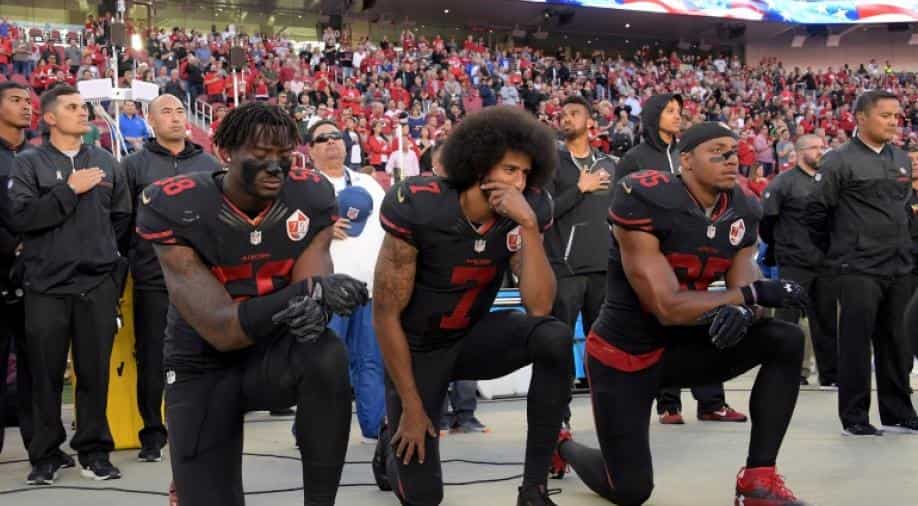 File photo of San Francisco 49ers outside linebacker Eli Harold (58), quarterback Colin Kaepernick (7) and free safety Eric Reid (35) kneel in protest during the playing of the national anthem before a NFL game against the Arizona Cardinals in Santa Clara, California. Photograph:( Reuters )

Former NFL quarterback Colin Kaepernick, one of the most visible players to protest during the US national anthem against racial injustice, has resolved pending grievances with the National Football League, Kaepernick's lawyer said on Friday (February 15).

The attorney, Mark Geragos, said on Twitter that the resolution was subject to a confidentiality agreement and so there would be no further comment by either party.

Kaepernick, 31, filed a collusion grievance against NFL owners in October 2017 after going unsigned as a free agent through the fall of that season, following his decision to opt out of a contract with the San Francisco 49ers.

He has been unable to find a team to play for ever since.

Kaepernick was among the first of several NFL players to kneel during the anthem to protest social injustice and police brutality.

While player protests during the anthem subsided in the season just ended, the issue came up last month when Commissioner Roger Goodell said Kaepernick was not the victim of a coordinated effort by owners to bar him from playing, but rather just not a good fit for any of the 32 teams.