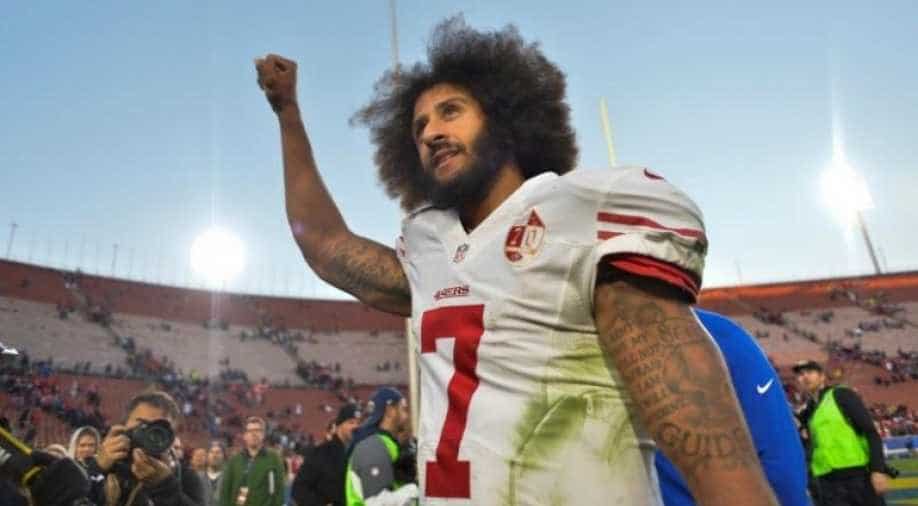 Mark Geragos spoke with the US media a day after Kaepernick reached a settlement with the National Football League concerning a collusion grievance he filed against it.

The lawyer for Colin Kaepernick said his client "absolutely wants to play" in the NFL again and that the New England Patriots and Carolina Panthers would be good fits for him.

Mark Geragos spoke with the US media a day after Kaepernick reached a settlement with the National Football League concerning a collusion grievance he filed against it.

"I think you're going to see... within the next two weeks that somebody is going to step up and do the right thing, and you want me to predict who?" Geragos told ESPN. "Besides the Panthers, it would not surprise me if (Patriots owner) Bob Kraft makes a move."

The former San Francisco 49ers quarterback helped spark a wave of protests about US racial injustice in 2016 by kneeling while the American national anthem played during NFL games.

"I am going to make a bold prediction -- although I have been wrong once before on this -- one of three teams picks him up," Geragos, whose past clients have included pop icon Michael Jackson and musician Chris Brown, said during another interview, with CNN.

Kaepernick filed his grievance in October 2017 under the NFL's collective bargaining agreement, alleging collusion against signing him to a league contract.

Kaepernick remains unsigned, having not been with an NFL team since severing his contract with the 49ers in March 2017.

The settlement the sides reached includes a confidentiality agreement that prevents them from disclosing details.

Asked by CNN about reports that Kaepernick received between $60 million and $80 million in the settlement, Geragos reserved comment: "I can't say the ballpark, I can't say anything about that."

The US media reported earlier that Kaepernick was approached by the new Alliance of American Football League about playing there but asked for $20 million to join. The majority of players in that league have a salary of $225,000 over a three-year period.