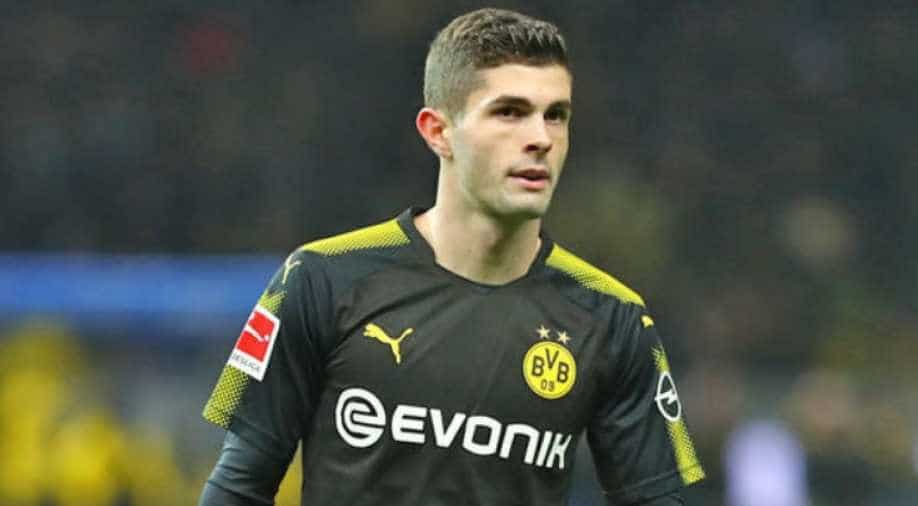 Chelsea did not provide financial details but Dortmund said the London side had paid 64 million euros ($73.2 million) for the versatile attacker.

Chelsea confirmed the signing of US international winger Christian Pulisic from Borussia Dortmund on Wednesday, making the 20-year-old the most expensive American soccer player in history.

Chelsea did not provide financial details but Dortmund said the London side had paid 64 million euros ($73.2 million) for the versatile attacker, who British media reported was also sought by Premier League leaders Liverpool.

Forbes reported that the fee for Pulisic is over three times higher than the 20 million euros that German side Wolfsburg paid Hertha Berlin for US international John Brooks in 2017.

"It's a privilege to have signed for such a legendary club and I look forward to working hard towards being a contributor to their team of world class players," Pulisic, who will spend the rest of the season on loan at Dortmund, said in a statement.

"Looking forward to working with Maurizio Sarri and his technical team."

Chelsea manager Sarri told reporters after his side`s goalless draw with Southampton on Wednesday that the club had sought his opinion of Pulisic about a month ago but he had not known the deal was done.

"I didn't know anything about Pulisic yesterday," he said. "My opinion was positive and today I have known the deal is done. I am not in charge of the market. I have to think of my matches," added the Italian.

Chelsea added that the youngster from Hershey, Pennsylvania, had signed a 5-1/2 year contract to become the third American recruit in their history after Matt Miazga and Roy Wegerle.

Pulisic has made 115 appearances in all competitions for Dortmund, scoring 15 goals plus 24 assists since making his senior debut in 2016 but a series of injuries has limited his playing time this season.

Pulisic's Dortmund contract was due to expire in 2020 and Dortmund said they could not stand in the way of his big dream, a rare case of an American player making the grade at a top six side in England`s top flight.

"It's always been Christian's dream to play in the Premier League... because of this background and his contract running down in 2020, we decided to accept Chelsea's incredibly lucrative offer," said Dortmund sporting director Michael Zorc.

"It feels like only yesterday that I arrived in Dortmund as a raw, excited, very nervous but exceptionally proud 16-year-old from a small American town called Hershey," Pulisic added in a separate statement later on Twitter.

"I would not be here without the club and their belief in giving young players a chance. Many memorable moments stand out — to have experienced all of them before my 20th birthday still feels at times like a dream.

"For the next six months, it`s all BVB. Please do not doubt my passion, determination and my 110 percent commitment to the team right until the last ball is kicked this season."

Pulisic made his international debut for the United States in 2016, scoring nine goals in 23 appearances and was voted their player of the year in 2017.