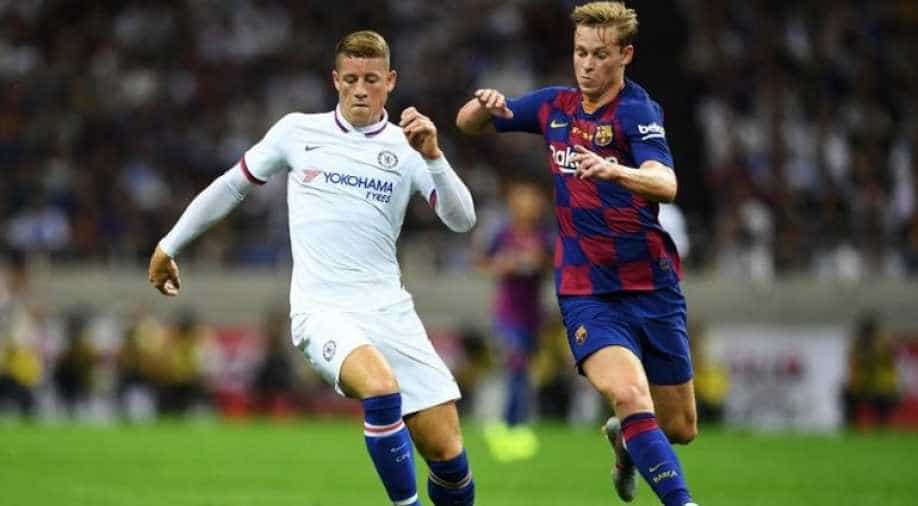 For Chelsea, Mason and Christian Pulisic started for the team

Barcelona's £107-million star signing Antoine Griezmann made his first start for the Spanish champions while for Chelsea, Mason and Christian Pulisic started for the team.

Abraham capitalised an early Pedro shot by pouncing on a mistake by Barcelona midfielder Sergio Busquets who attempted to clear the ball and scored the classy opener in the 34th minute. Substitute Barkley stretched the lead to 2-0 by scoring in the 81st minute.

Barcelona were offensive in the second half but superb saves by Chelsea goalkeeper Kepa Arrizabalaga repeatedly denied Barca any attempt to equalise.

Barcelona got a free-kick just outside the box but midfielder Ivan Rakitic's shot went above the bar.

Rakitic however quickly redeemed himself in injury time, picking up a cross and firing a lightning right-footer that went deep into the net for a consolation goal for Barcelona.

Chelsea had started their tour with 1-0 loss to Kawasaki Frontale and Barcelona will play J League team Vissel Kobe on Saturday.

Barcelona will start their La Liga campaign against Athletic Club Bilbao on Saturday, 17th August and Chelsea will start their Premier League season with a mouth-watering clash against Manchester United on August 10.