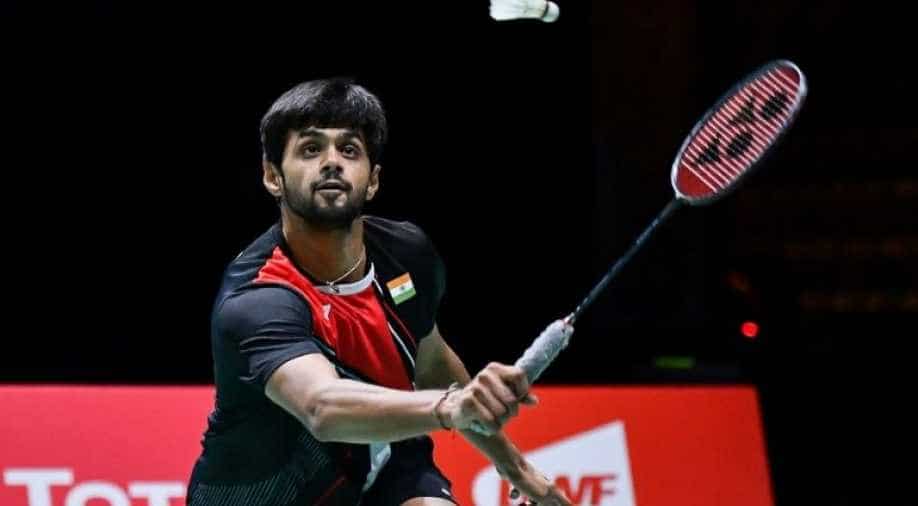 Indian shuttler Sai Praneeth on Saturday faced a defeat at the hands of world number one Kento Momota 21-13, 21-8 in the semifinal match of the BWF World Championships.

Praneeth lost to the Japanese Momota in the two straight games that lasted for 42 minutes.

Praneeth's winning streak in the tournament comes to an end after this defeat.

Despite facing a loss, he settles with a bronze medal and became the second Indian after Prakash Padukone to win a medal in the World Championships.

Earlier in the day, Indian shuttler PV Sindhu defeated China's Chen Yu Fei 21-7, 21-14 to enter the finals of the tournament.

Sindhu brushed off the challenge in straight games, inside 39 minutes.

In the first game, Sindhu was too dominant for her Chinese opponent and she shrugged off the challenge easily, winning the first game 21-7.

The 24-year-old did not lose momentum in the second game and she kept on playing in an aggressive manner.

In the end, Sindhu came out triumphant in the second set, and as a result, she registered a win in the match.

Interview | I want to leave a legacy and set fresh benchmarks: Sreesanth

Questions will be raised if IPL 2020 happens but T20 World Cup is postponed: Inzamam-ul-Haq