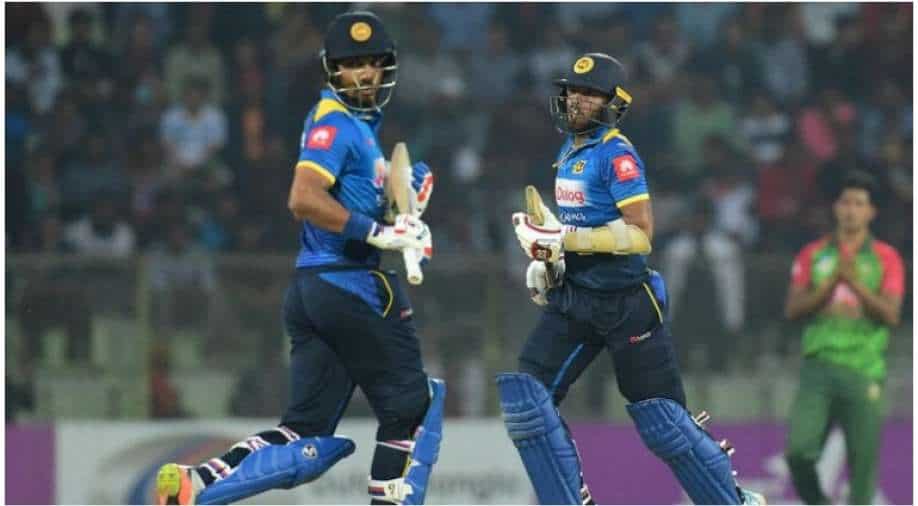 The duo, along with Niroshan Dickwella, were suspended last year for breaching the team`s bio-bubble anti-coronavirus protocols during their tour of England in July.

Top-order batsmen Kusal Mendis and Danushka Gunathilaka returned from their suspensions to make Sri Lanka`s 20-member squad for their limited-overs tour of Australia, the country`s cricket board said on Wednesday.

The duo, along with Niroshan Dickwella, were suspended last year for breaching the team`s bio-bubble anti-coronavirus protocols during their tour of England in July.

Their suspensions were lifted earlier this month and Mendis and Gunathilaka were included in the Dasun Shanaka-led squad which will play five Twenty20 matches in Australia across three venues in Sydney, Canberra and Melbourne.

Sri Lanka are without a head coach since Mickey Arthur`s two-year stint ended last month, and the Island newspaper said Englishman Paul Farbrace would succeed him ahead of the team`s India tour in February-March.

Read Also | Pick up the phone and talk: Kapil Dev opines on Virat Kohli vs BCCI row, says 'put country, team before self'

Sri Lanka Cricket (SLC) has named Rumesh Ratnayake as the interim coach for the Australia tour but the former test bowler has tested positive for COVID-19.

"Ratnayake will not travel to Australia with the team but will join before the 1st T20I game, as he is currently in self-isolation," the SLC said in a statement.

Off-spinner Dilruwan Perera has retired from international cricket but would be available to play domestic games, the statement added.

Australia have rested opener David Warner and all-rounder Mitch Marsh from their 16-member squad for the Twenty20 series against Sri Lanka beginning on Feb. 11.