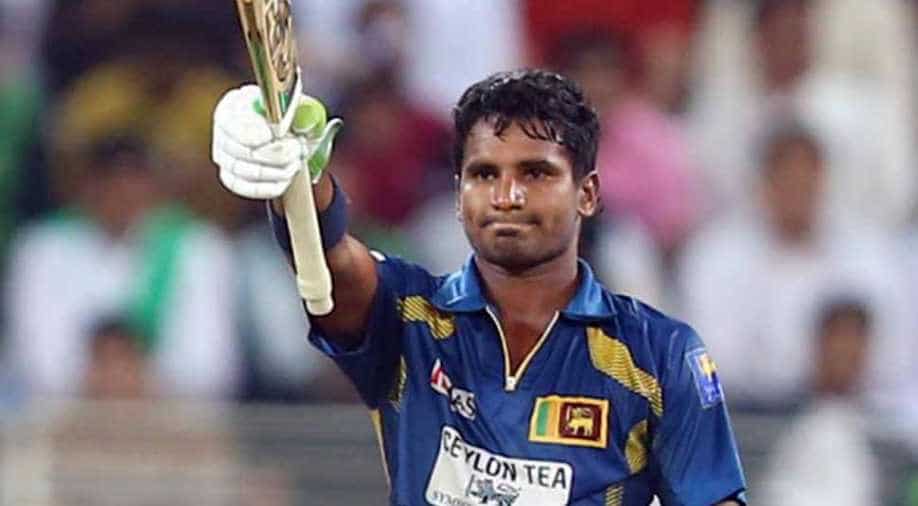 Following an incident-packed morning on day three of the second Test in Canberra, the visitors went to lunch at 215 for seven in reply to Australia's 534 for five declared.

Following an incident-packed morning on day three of the second Test in Canberra, the visitors went to lunch at 215 for seven in reply to Australia's 534 for five declared.

Dilruwan Perera was not out 10 with Niroshan Dickwella out for 25 on the last ball before the break.

Sri Lanka resumed on a hot day at 123 for three on what appeared to be a perfect batting track.

Australian skipper Tim Paine opted to hand the ball first up to Jhye Richardson and Pat Cummins and they threw down plenty of bouncers.

Both Perera, who resumed on 11, and Dhananjaya de Silva, who was on one overnight, took blows to the head in the opening two overs, but were fine to continue.

Perera was then hit flush on the helmet ducking into a Richardson ball on 27. The neck protector flew off and a Sri Lankan physio rushed to his aid. He continued and added two more runs only to call the physio again four balls later.

Once again he opted to bat on but after watching de Silva face another three balls, he was clearly feeling the effects and was helped off the field. Officials said he would remain at the ground to be monitored by Sri Lankan medics.

Ironically, the courageous Karunaratne replaced him after being declared fit again after being felled by a brutal bouncer on Saturday from Cummins.

He had laid prone on the ground for at least 10 minutes before being stretchered off in a neck brace, but after a hospital check was cleared of concussion and given the OK to resume his innings.

He returned on 46 and drove a delivery for four to bring up his 22nd Test 50 before being caught at gully by Kurtis Patterson off Mitchell Starc after adding nine more.

The opener was out just three balls after de Silva bizarrely hit his own wicket while attempting a pull shot off Starc. As his bat swung around it took one of the bails off and he was gone for 25.

In the next over debutant Chamika Karunaratne also fell, without scoring, getting a thick edge to a Nathan Lyon ball with Starc taking the catch at slip.

With Dickwella out lbw to Marnus Labuschagne on the last ball before lunch, Sri Lanka were 319 runs adrift and in deep trouble.