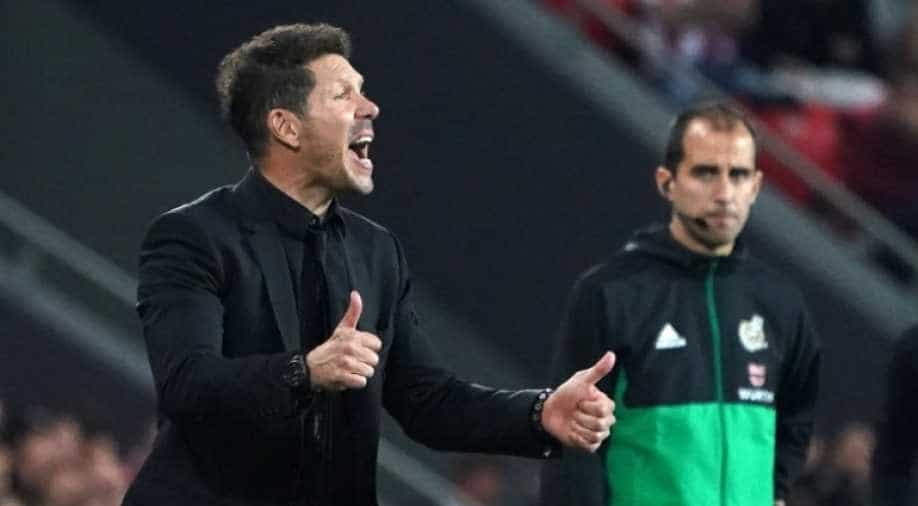 Barcelona hold an eight-point lead over second-placed Atletico, which would be reduced to five if the visitors can win at the Nou Camp.

Atletico Madrid coach Diego Simeone called on his side to cut the gap into the Barcelona's eight-point lead over 'Los Rojiblancos' as they face Spanish champions' on Saturday in a crucial title clash.

Barcelona hold an eight-point lead over second-placed Atletico, which would be reduced to five if the visitors can win at the Nou Camp.

Atletico, however, have never beaten the Catalans in the top flight since Simeone took charge in December 2011.

"If we win tomorrow and then we don't win the next games, it counts for nothing. Tomorrow we have to show the identity which this team has."

Second-placed Atletico appear to be in good shape. Diego Simeone's men registered their best away win of the season at Alaves at the end of March and have won six out of their last seven league games, keeping six clean sheets along the way.

After Atletico were knocked out of the Champions League by Juventus in the last 16, their hopes of glory this season are pinned on winning La Liga.