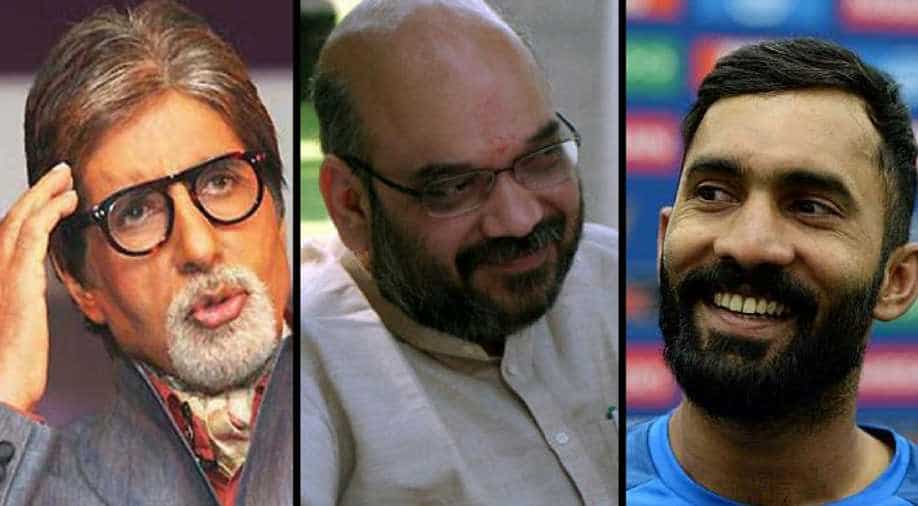 Dinesh Karthik blasted 29 off just 8 balls and inspired team India to win the finals of Nidahas Trophy T20 tri-series at the R. Premadasa Stadium on Sunday.

He played at an average of 362.50 and was honoured with the man of the match award.

At a moment when Manish Pandey lost his wicket and India needed 34 runs with 2 overs remaining, it was looking next to impossible to win from there but Dinesh Karthik emerged as a champion and finished the nail-biting match by hitting a six on the last ball.

Bangladesh failed to strategise the last overs properly as the jinx of not winning T20 match against India continues.

What a thrilling game! Superb finish by Dinesh Kartik led to smashing victory against Bangladesh. Congratulations to the entire team for winning the #NidahasTrophy2018 T20 tri-series final.

Amazing victory by #TeamIndia. Superb batting by @DineshKarthik. A great knock by @ImRo45 to set the platform.

Cricket analyst Harsha Bhogle said, "This is the best he has been batting in his career."

Dinesh Karthik made his debut before Dhoni. But he is still only 32 and batting better than ever before. Could well be a wonderful second wind for him if he can keep his form from the last 2 years

Been harping on this for a while -
Dinesh Karthik is a very competent batsman and team man.
No way he shouldn't be 2nd or minimum 3rd keeper.
Should have played those two tests in South Africa.

Dinesh Karthik has just played the knock of his life. Has had quite a few utility performances in supporting role over the years, but this is one for folklore.. #INDvBAN .. Cool and calm as you like with 5 needed.. wowzaaa

Finishes with a SIX. Dinesh Karthik, you beauty. Brought India back from the dead. One of the key gains from #NidahasTrophy #INDvBAN

Well done Team India @BCCI . What an amazing win. @DineshKarthik what a knock under pressure. This is a bunch of youngsters and they've done so well on this tour. #INDvBAN