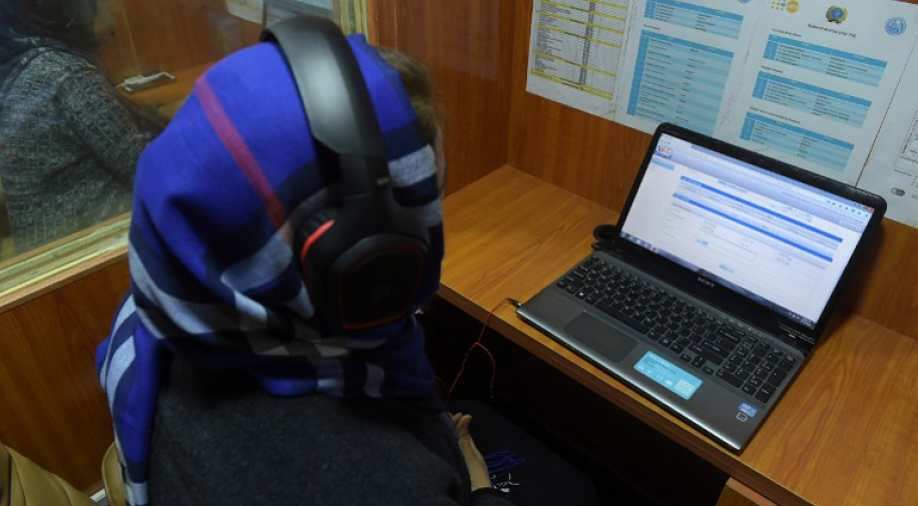 A sexologist responds to a caller's query on December 12, 2016. The Afghan health ministry also set up 'youth friendly' clinics in Kabul last year, which offer face-to-face sessions with counsellors on subjects including sex. Photograph:( AFP )

"I cannot do it without Viagra," the anonymous Afghan caller whispered into the phone, wary of being overheard by his family.

The voice on the other end of the line was soothing, professional and reassuring: "Dear brother, don't be embarrassed. Your problem is not uncommon. We'll help you find a solution without potency pills."

In Afghanistan's conservative, highly gender-segregated society discussing sexual problems publicly is not just culturally frowned upon but can easily be misconstrued as a sign of perversion.

But the country's youth have found a non-judgmental friend in a government helpline that offers advice on taboo subjects -- from ways to perk up virility to erectile dysfunction and even homosexuality.

"If you seek advice from friends or family members about treating impotence, you will be labelled immoral, shameless or unmanly," the caller, a young man in his 20s, told AFP after receiving expert advice.

"This helpline is a blessing," he added.

Set up in 2012 with the help of the United Nations Population Fund (UNFPA), the youth helpline is run by 10 call centre consultants in Kabul –- men and women trained by a professional sexologist –- who field hundreds of calls a day from distressed Afghans.

The consultants also offer advice to the lovelorn and field queries on dark subjects such as depression and forced marriage, but about 70 per cent of the calls are about sexual dysfunction, said the centre's director Abdullah Shahed.

"And young women call to discuss contraception, broken hymens and the fear of facing their wedding night."

Viagra abuse
Afghanistan's growing youth population –- the 9/11 generation, as it is known -– is often torn between modernity and tradition, between their sexual cravings and their desire to be religious puritans.

More than 60 per cent of the population is under 25, a staggering number in a country where sex education is non-existent in schools and sex counsellors are culturally dismissed as a Western concept.

Marriage is often the only outlet for pent-up sexual desires, as dating or any social co-mingling of the sexes is frowned upon. But many young people cannot afford the steep bride price, a sort of reverse dowry that men pay to the girl's family.

Sexual frustration and hormonal rage are silent but pervasive problems, with some experts linking them to the violent aggression tearing the country apart.

"Sex problems often lead to domestic abuse, second wives (polygamy) and separation," Shahed said. "We try to reassure young and women there is always a way out. They are not alone."

The Afghan health ministry also set up "youth friendly" clinics in the Afghan capital last year, which offer face-to-face sessions with counsellors on subjects including sex. That they are busting taboos is evident in the growing number of women visiting them.

"I was unable to talk about my problems to my mother or my sister," 21-year-old Rayhana told AFP at one such clinic in Kabul. "But here I can talk openly."

Among other things, the call centre and clinics seek to warn young Afghans about the dangers of sex addiction, unprotected intercourse and Viagra abuse.

The little blue pill –- known locally by myriad names such as "cobra", "rocket" and even "family boosting tablet" -– was unknown to many Afghans before the US invasion in late 2001 that toppled the Taliban regime.

But it is now in high demand in the country.

Such is its popularity in post-Taliban Afghanistan that it was reported the CIA, in an unusual incentive, were offering the potency drug to win over Afghan warlords and chieftains in the war against insurgents.

'Spreading immorality'
"We advise our callers not to turn to Viagra or opium for their sexual problems," Shahed said. "Instead we ask them to treat their anxiety and adopt a healthy lifestyle."

Often, another forbidden subject comes up in the discussions –- homosexuality, which is demonised as a deviant sexual behaviour, prohibited in Islam.

An oft repeated query from callers is: "Is there a cure for homosexuality?"

"Once a lesbian called and complained of depression because her partner was getting married," Shahed said.

Abdullah said there was little his counsellors could do except try to help the callers find ways to think about and understand their predicament, with questions like "Do you think you can continue living as a lesbian in Afghanistan?"

The program is struggling against the prevalent cultural conservatism.

When Afghan health officials linked to the program recently visited Kabul University for a youth awareness campaign, a number of students angrily accused them of promoting immorality.

"We tried to explain to the students that the program is in accordance with sharia law and there is nothing un-Islamic about it," said Afghan health ministry official Sayed Alisha Alawi.

"We face an uphill task. Many people believe having a healthy discussion about sex is equal to spreading immorality," he told AFP.