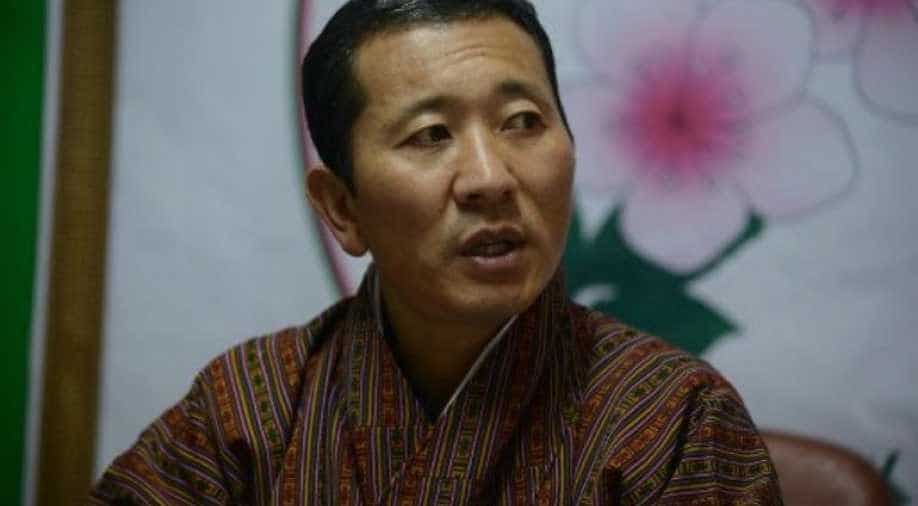 Both India and Bhutan have agreed to focus on newer areas of bilateral cooperation like education, health, and space.

Bhutan would like to tap resources from India to develop its space technology, said the Bhutanese Prime Minister (Dr) Lotay Tshering here on Sunday.

"Bhutan being an underdeveloped country, we wished to have it (space technology) many years back but because of economic reasons, we could not do it. Now with the help of the Indian government, with the help of ISRO, and SAARC satellite activities are going on," Tshering told ANI.

"We're very happy and very grateful to the government of India for building a station here. From now on, we'd like to tap resources from there. Through PM Modi's leadership, ISRO is willing to help us build our human capacity in that so we`re looking forward to that," he added.

His statement to ANI came shortly after Prime Minister Narendra Modi departed for New Delhi from Paro, after wrapping up his fruitful two-day bilateral trip to Bhutan.

Both India and Bhutan have agreed to focus on newer areas of bilateral cooperation like education, health, and space.

Taking this forward, out of the nine MoUs inked between the two nations, at least seven are in the field of education.

An MoU between ISRO and the Department of Information Technology and Telecom (DITT) of the Royal Government of Bhutan on the establishment of SATCOM Network for the Utilisation of South Asia Satellite was also exchanged.

The Bhutanese leader highlighted that the cornerstone of the India-Bhutan relationship is the people-to-people connection.

The two countries share a warm and time-tested relationship which continues to strengthen under PM Modi`s leadership.

The Prime Minister's visit to Bhutan exemplifies the importance that India attaches to its 'Neighbourhood First' policy.