Who wouldn't want friend like Bhutan, honoured to be part of its development: PM Modi in Thimpu 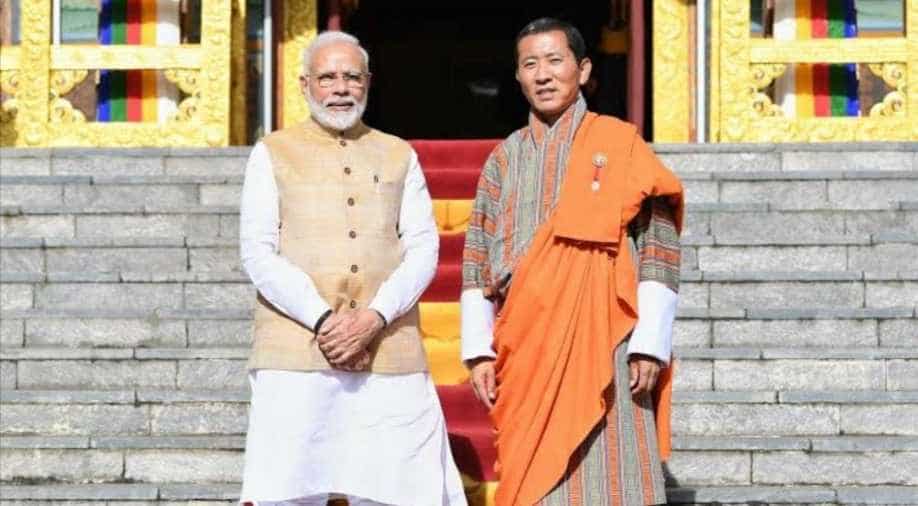 Prime Minister Narendra Modi on Saturday expressed his gratitude towards Bhutan in his address from the Bhutanese capital city Thimpu.

PM Modi reiterated India's support to Bhutan and stated that the country holds a special place in the hearts of Indians.

"Sustainable growth is our key focus in Bhutan," the PM said lauding Bhutan for its approach to measure growth by happiness.

PM Modi in a joint statement with Bhutan PM (Dr.) Lotay Tshering: Who will not want a friend and a neighbour like Bhutan. It is an honour for us that India is a part of the development of Bhutan pic.twitter.com/Chpan5uZlT

In his statement, the prime minister hailed the Himalayan nation and said, "who would not want a friend and neighbour like Bhutan".

"It is an honour for India to be part of Bhutan's development," he said.

PM Modi announced that India will increase LPG supply to Bhutan from 700 to 1000 MT per month and an additional $100 million will be made available to Bhutan under a standby swap arrangement to meet the foreign exchange requirement.

Prime Minister of Bhutan (Dr.) Lotay Tshering at Simtokha Dzong, Semtokha: India and Bhutan may vary in size but our beliefs, values and motivation are common. Today, I am overwhelmed with the sense pride that the two countries are living the definition of true friendship. pic.twitter.com/liuJrUg21k

We had a comprehensive meeting, where we deliberated on the relations between India and Bhutan.

There is great scope to further improve economic and cultural ties between our nations. pic.twitter.com/fm6JzpC9Hz

Together with his Bhutanese counterpart Dr Lotay Tshering, PM Modi unveiled the Inauguration Plaque of the Ground Station for South Asian Satellite and offered his prayers at the Simtokha Dzong monastery.

Indian and Bhutanese leaders inaugurated 720MW Mangdechhu hydropower, a ground station build by ISRO at the cost of Rs 7 crore in Thimpu. The facility will help Bhutan use the transponder in the South Asian satellite. A total of 9 MoUs were exchanged by both sides.

Bhutanese PM Tshering welcomed PM Modi and hailed India-Bhutan ties. "India and Bhutan may vary in size but our beliefs, values and motivation are common. Today, I am overwhelmed with the sense pride that the two countries are living the definition of true friendship," Tshering said.

Lauding PM Modi's as a strong and dynamic leader "who can take bold decisions", Tshering said, "India's stature and influence has grown in the international arena and it has emerged as a global leader". 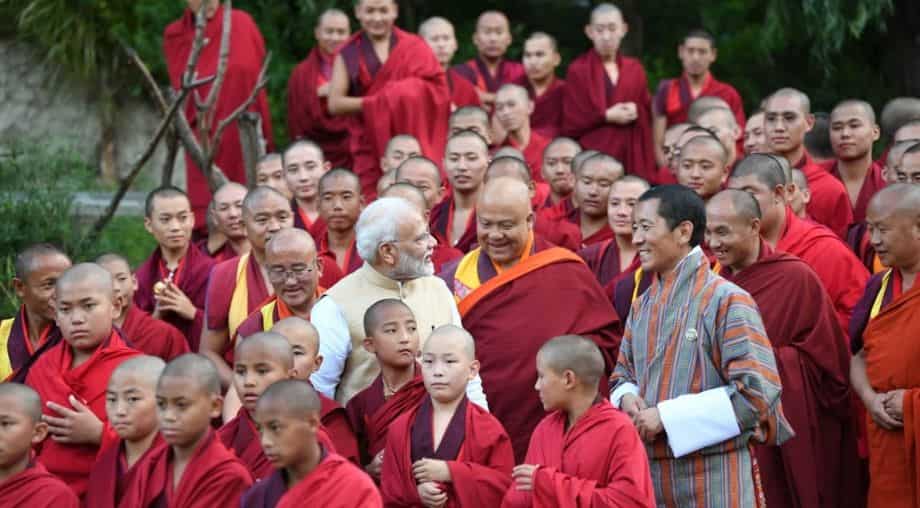 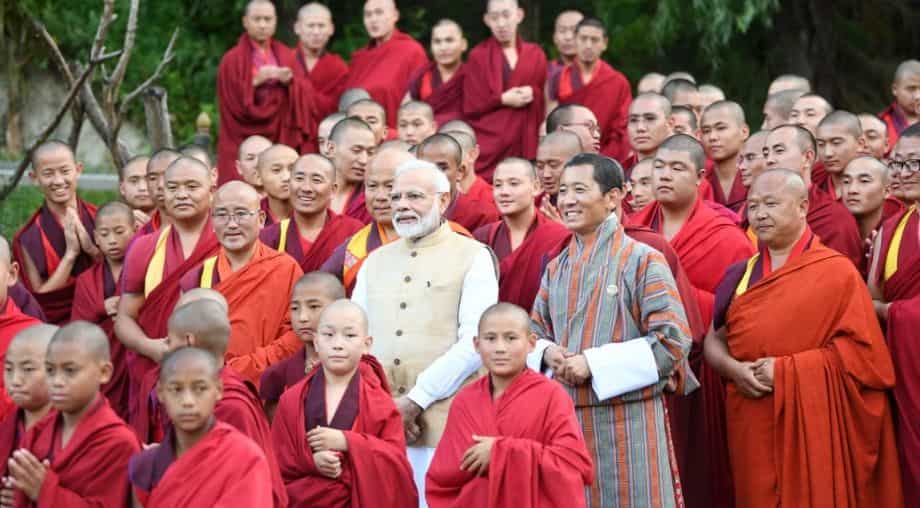 PM Modi arrived in Bhutan earlier in the day and was greeted with a warm welcome. He was accorded Bhutanese Guard of Honour.

The prime minister was received by Tshering and others on his arrival at the Paro International Airport.

Earlier, PM Modi had tweeted, ''In Bhutan, I look forward to having fruitful discussions with HM the King, HM the Fourth Druk Gyalpo and PM Bhutan on the entire gamut of our bilateral relations. I also look forward to addressing young Bhutanese students at the prestigious Royal University of Bhutan."

PM Modi, in his pre-departure statement, said, ''India-Bhutan partnership today is of a special character and substance and forms an important pillar of Government of India's 'Neighbourhood First' policy. I am confident that my visit will promote our time-tested and valued friendship with Bhutan and consolidate it further for the prosperous future and progress of the people of both our countries.''

On the second day of his visit, the PM Modi is scheduled to visit the National Memorial Chorten. He will also be attending a cultural performance at Tashichhodzong - a Buddhist monastery.

This is PM Modi's first visit to Bhutan since the Doklam crisis. Bhutan was Modi's first foreign trip as prime minister when he first took charge in the year 2014.