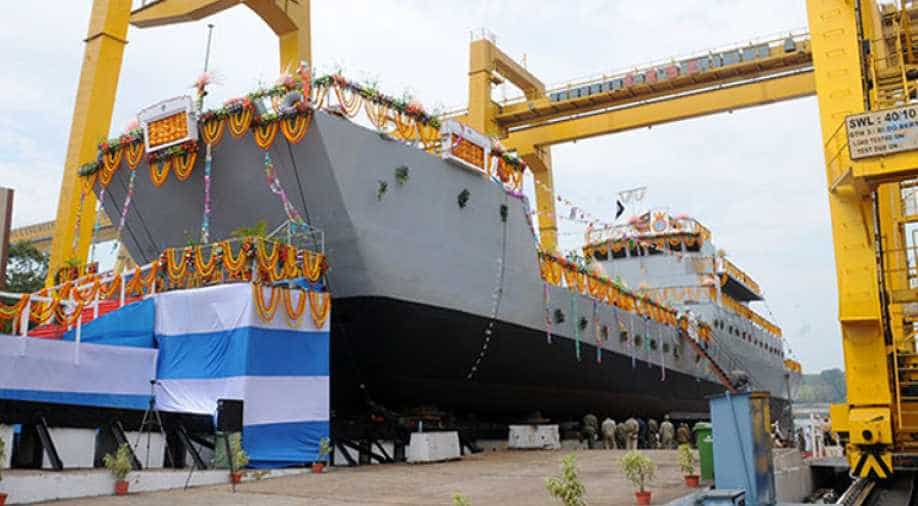 Garden Reach Shipbuilders & Engineers Limited (GRSE), Kolkata is India’s first shipyard to produce 100 warships. While GRSE has successfully delivered 98 warships to India’s Defence Wing, two more ships are almost ready for delivery, which will take the count to the production of warships to 100.

GRSE is one of the major shipyards in India, besides the Mumbai, Goa, Cochin and Vizag that produce warships for the Indian Navy, however, they are yet to reach the count of 100.

“GRSE is one of the most important PSUs of the Defence Wing and has delivered first two anti-submarine warfare corvettes INS ‘Kamorta’ and INS ‘Kadmatt’ to the Indian Navy. We have produced a first-ever export warship CGS ‘Barracuda’ for the Republic of Mauritius,” added Verma.

Besides shipbuilding, it also carries out ship repairs.

On Wednesday, GRSE paid dividend to the government for the 23rd consecutive year. A cheque for Rs 53.22 crore towards dividend for the financial year 2015-16 was handed over to Defence Minister, Government of India, Manohar Parrikar by Verma.