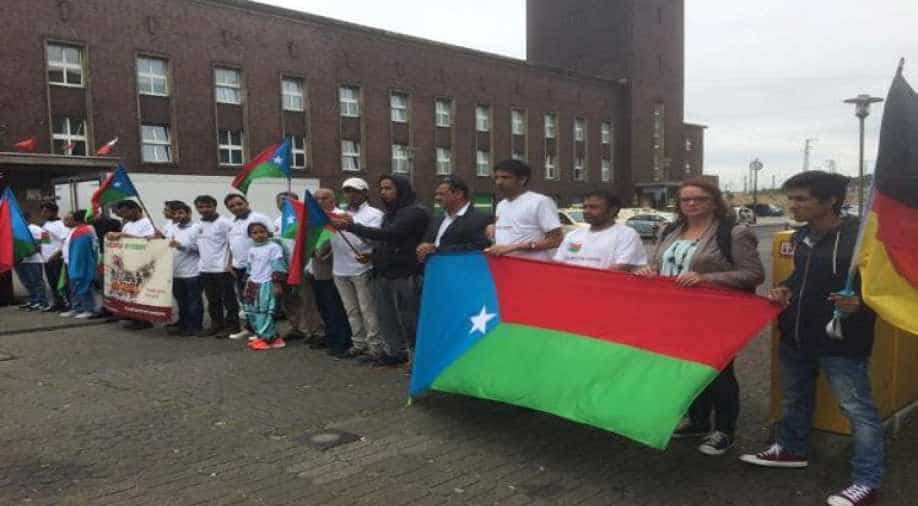 Baloch liberation movement has spread to all parts of Balochistan Photograph:( ANI )

The Free Balochistan Movement on Saturday announced to organise a worldwide protest to highlight the illegal occupation of Balochistan by Pakistan on March 27, 1948.

In a statement to media, the Free Balochistan Movement (FBM) said that "since the occupation of the sovereign state of Balochistan on March 27, 1948, the Baloch have been observing the March 27 as a Black day in their history. On this day in 1948, the state of Pakistan attacked and forcibly annexed the Baloch country to their newly forged colonial theocratic state of Pakistan."

"The Baloch nation has never yielded to any form of illegal occupation of their country. From the very day that Pakistan occupied Balochistan, the Baloch resistance to regain their independence began under the leadership of Agha Abdul Kareem Khan," the statement added.

The FBM further said the Baloch liberation movement has spread to all parts of Balochistan, to the old and young, men and women and all social groups.

"Ever since the Baloch liberation movement has been transformed from a potential movement into a nationwide actual movement. It has spread to all parts of Balochistan, to the old and young, men and women and all social groups. Today, the illegal occupiers of Balochistan are totally aware of this fact. The decisive break is imminent," the statement further read.

The FBM highlighted that the colonial theocratic states are not here to stay forever.

"The fact that they have never had a day free of instability, violence, corruption, religious fundamentalism, militarism, misery and extreme poverty during their entire existence is a case in point. Their entire existence has been marred by one crisis after another," the FBM said.

They further said the Pakistani rule has created killing fields in Balochistan, which shows that they are going through the last stage of their colonial rule in the province.

"More than 6000 abducted Baloch have been killed under-custody by Pakistan forces. The victims include university professors, students, lawyers, poets, singers and human rights, doctors, farmers, workers, social activists and other highly educated members of Baloch society," the FBM said in a statement.

Later, the FBM confirmed that it will hold protest demonstrations in London, Germany, Canada, USA, the Netherlands, Sweden and Afghanistan on March 27, 2018, to mark the illegal occupation day of Balochistan by the artificial state of Pakistan.

The Free Balochistan Movement has also invited all Baloch and other human rights activists to join our protests around the world and express your legitimate democratic right to be free from any form of colonialism and illegal occupation of Balochistan.