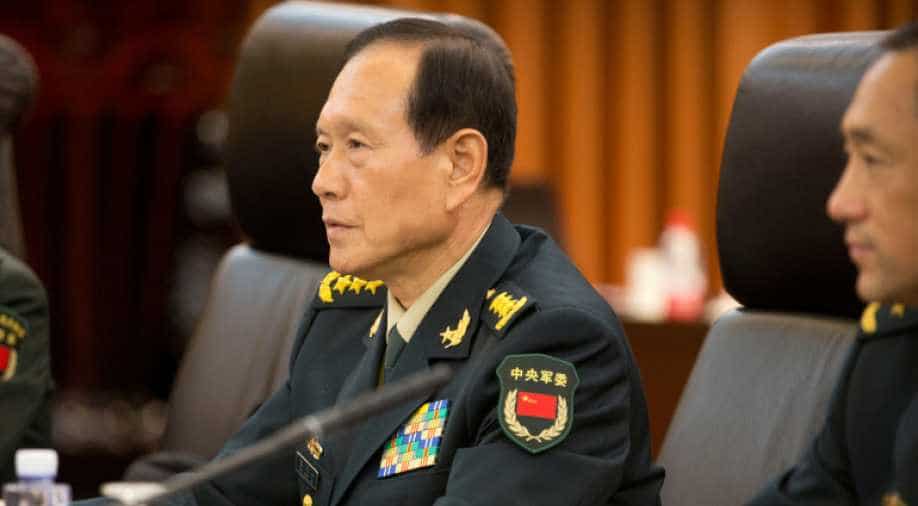 China wanted to have a bilateral with the Nepal Defence minister who happens to be the PM KPS Oli. This was declined under the protocol.

The inside story of the Chinese Defence minister 10-hour stay in Nepal and postponement/cancellation of Bangladesh visit. And salvation in Pakistan!

When the Chinese Defence Minister Wei Fenghe arrived in Nepal with around two dozen delegates, top Nepali sources say he had several things on his mind and plate but most of which could not be savoured!

China wanted to have a bilateral with the Nepal Defence minister who happens to be the PM KPS Oli. This was declined under the protocol.

What he eventually got was a courtesy call.

Next China proposed a meeting with Dy PM (the Defence minister before Oli took charge from him) Ishwor Pokharel, that too was declined.

Finally, Wei had to settle with the bilateral with the Nepali Army Chief PC Thapa. Under international protocols considered to be a step-down.

Sources confirm that the Chinese embassy in Nepal had planned a lunch in which all the former Foreign Ministers and Defence Ministers of Nepal were to be invited. But after reservation expressed by the Nepal government, this too was stalled.

There were no meetings granted with any political parties or top leaders as well. It is learnt that meetings were being organised with former PMs like Prachanda, Madhav Nepal and Jhalanath Khanal and two former Dy PMs Bamdev Gautam, Narayan Kazi Shreshtha. This too was shelved.

In the 10 hours stay what Wei eventually managed was two courtesy calls with the PM and President of Nepal and the bilateral with Army chief Thapa.

It is understood that China realising all this and pre-empting the cold shoulder that it was expected to receive and came out with a press statement on the eve of sudden Nepal visit which mentioned courtesy calls and meeting with Army chief.

The story was the same when it came to Bangladesh. China Defence minister planned to visit Bangladesh but had to postpone it.

Chinese Defense Minister is coming to Bangladesh on a surprise visit tomorrow.
He will meet Bangladeshi high level defense officers and other respective authorities for strengthening the bilateral defense relations with Bangladesh. pic.twitter.com/76zZnMyai1

There was no official reason cited by any side but the reason projected was that the Bangladesh FM, his Dy and FS were Covid infected- a reason which analysts are unable to digest!

And then suddenly Wei and team made their appearance in all-weather ally Pakistan.