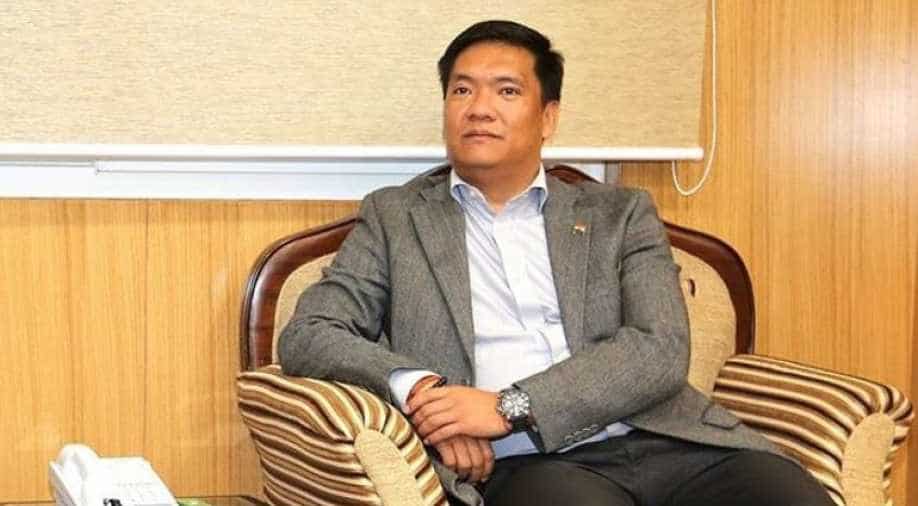 The defection of 33 lawmakers, including Khandu's, means that Arunachal Pradesh becomes the first state in the Northeast to have a full-fledged BJP government.

The frenzied development took place two days after People's Party of Arunachal suspended Khandu, his deputy Chowna Mein and five legislators from the primary membership of the party for alleged anti-party activities.

The PPA had picked Takam Pario to be the new chief minister of the state.

We have joined BJP today, definitely it is a full fledged BJP Govt in the state now: Arunachal Pradesh CM Pema Khandu pic.twitter.com/ocJPicgxCo

Khandu admitted that his suspension accelerated the exodus but added that they were anyways in the process of joining the BJP.

"Altogether 33 MLAs including me and the Speaker are now BJP, and my government is now a full-fledged BJP government,” chief minister Pema Khandu told a posse of reporters on Saturday, Indian Express reported.

"Lotus has finally bloomed in Arunachal. The people of the state will see a new dawn of development in the new year under the new government," Khandu further said.

PPA, which had 43 lawmakers before the exodus, are now left with just 10.

BJP, which is also the ruling party at the Centre in New Delhi, had 12 lawmakers -- and two independent lawmakers supporting them -- in the state assembly before the frenzied development took place on Saturday.

The BJP tally will be bolstered further as two of the three lawmakers who were with the Congress will also joined the party. It means that BJP -- which is looking to shed its earlier image of primarily being limited to northern India -- will have 49 lawmakers in the 60-seat state assembly.