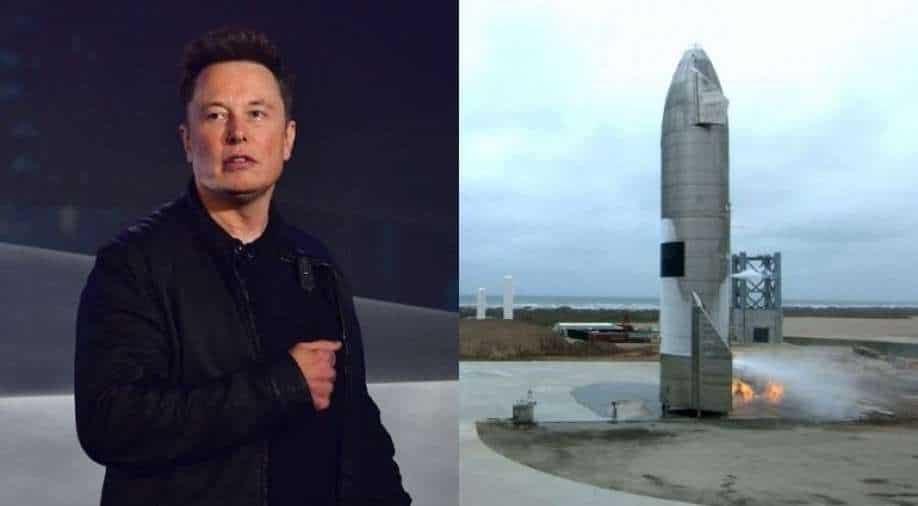 Elon Musk and a SpaceX SN15 starship prototype is seen as it sits on a transporter after its successful launch and first landing from the company's starship facility, in Boca Chica, Texas Photograph:( AFP )

Based on the environmental review, the US Federal Aviation Administration (FAA) could order SpaceX to take down the tower

Billionaire entrepreneur Elon Musk's company SpaceX has received a warning from the US Federal Aviation Administration (FAA) that its environmental review of a new tower at its Boca Chica launch site in Texas is incomplete.

The largest transportation agency of the US government could order SpaceX to take down the tower.

An FAA spokesman said on Wednesday that the agency's environmental review underway of SpaceX’s proposed rocket assembly "integration tower" is "underway," and added that "the company is building the tower at its own risk."

A letter from the FAA to SpaceX sent on May 6 said recent construction activity on one of the two proposed towers "may complicate the ongoing environmental review process for the Starship/Super Heavy Launch Vehicle Program." The FAA letter said the tower could be as high as 480 feet.

Based on the environmental review, the FAA could order SpaceX to take down the tower. "It is possible that changes would have to be made at the launch site, including to the integration towers to mitigate significant impacts," the May 6 letter said, adding the FAA learned of the tower's construction "based on publicly available video footage."

SpaceX did not respond to a request for comment but Musk has repeatedly criticized the FAA and the US regulatory system.

SpaceX told the FAA in May that it did not believe the review was necessary because it only intends to use the "integration tower for production, research, and development purposes and not for FAA-licensed or -permitted launches," the FAA said.

But the agency said description in documents "indicates otherwise."

The FAA cited a SpaceX document that the towers would be used to integrate the Starship/Super Heavy launch vehicle. "Super Heavy would be mated to the launch mount, followed by Starship mated to Super Heavy," the FAA letter said quoting SpaceX's May 5 submission.

The FAA and Musk have clashed on several occasions.

On June 29, Musk lamented the delay of the launch of the Transporter-2 mission in Florida. He tweeted "an aircraft entered the ‘keep out zone’, which is unreasonably gigantic. There is simply no way that humanity can become a spacefaring civilization without major regulatory reform."

FAA Administrator Steve Dickson spoke with Musk on March 12 for 30 minutes to stress "the FAA’s role in protecting public safety by ensuring regulatory compliance. He made it clear that the FAA expected SpaceX to develop and foster a robust safety culture that stresses adherence to FAA rules," the agency said in April.